What is in a name? The power of a name and its value is immeasurable.

Ivory Coast name changed in 1986 to Cote d'Ivoire. Cabo Verde formally known as Cape Verde until 2013, Swaziland is eSwatini since 2018 and “The” officially belongs in front of Gambia since 1964. 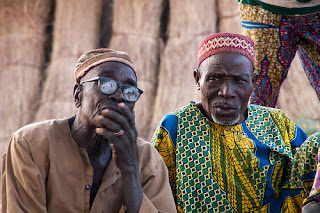 African Countries Names You're Saying Wrong. Ivory Coast, Cabo Verde and Gambia.
Ivory Coast name changed in 1986 to Cote d'Ivoire Foreign overseas traders and exporters solely according to the business and trade economies roughly divided Africa into four coasts; Pepper Coast, Ivory Coast, Gold Coast and the Slave Coast.
The French named the Côte d'Ivoire literally means Ivory Coast. Côte d'Ivoire was unofficially known as Costa do Marfim by the Portuguese, côte des dents or the teeth coast and the Ivory Coast reflecting the trade in ivory.
The area that became the Ivory Coast on August 7, 1960 previously had been under French sovereignty. The state’s name changed from Ivory Coast to Cote D’Ivoire in 1986. In 1986, the African government of Côte d'Ivoire declared the République de Côte d'Ivoire to be its formal name, and country must always be referred to by the French name.
Despite this request by the government, the African country of Côte d'Ivoire is still incorrectly referred to as Ivory Coast for over 30 years. The entire world should feel they have to say Côte d'Ivoire, because that is what the Ivorian’s call their country.
Instead of referring to their country by their oppressor’s name, the Ivory Coast, the government in 1986 established themselves as Côte d'Ivoire. Côte d'Ivoire is French for Ivory Coast however using the English word Ivory denotes the county is a commodity in the former slave trade instead of an African country with life and energy.
Cabo Verde formally known as Cape Verde until 2013

Cabo Verde formally known as Cape Verde until 2013 is a group of 18 U-shaped islands located off mainland Western Africa in the Atlantic Ocean. Cabo Verde is not one large island but a group of islands in the North Atlantic Ocean, west of Senegal.

The once uninhabited Cabo Verde islands were discovered and colonized by the Portuguese in the 15th century. Due to its central location between Africa and America, Cabo Verde was a major trading port for African slaves for over three centuries by the Portuguese.
Slave traders from mainly North America and Portugal would travel to Cabo Verde and purchase slaves who would labor to grow mainly cotton, rice and indigo. Most Cabo Verdeans have both African and Portuguese heritage. 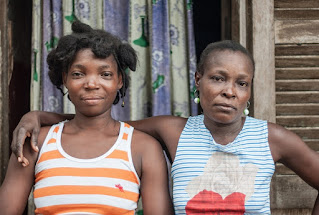 The officially belongs in front of Gambia since 1964

Yes it is officially true, the “The” officially belongs in front of Gambia since 1964. The Permanent Committee on Geographical Names says "A letter dated May 1964 from the Gambian prime minister's office instructed that The Gambia should be used with a capital T. One of the reasons they gave was that Gambia could be confused with Zambia, which was a new name to the international community at the time."

The monarch Mswati II announced the official change in a stadium during celebrations for the 50th anniversary of Swazi independence. He explained that the name had caused some confusion, stating "Whenever we go abroad, people refer to us as Switzerland." The King gave no reason for the name change except Swaziland’s new name is easier for foreigners to pronounce. How do you pronounce eSwatini well say ea-swa-tea-knee, pronounce the short e in eSwatini like the letter e in bed.