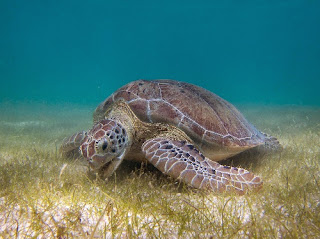 North Africa's Mauritania African nature journal includes one of the top places to visit in Africa for bird watching and green sea turtle nature observation. Mauritania Africa Nature Journal North African Green Sea Turtle Mauritania is located in Western Africa between Senegal and the disputed Western Sahara. The around 1.2 million hectare or 3 million acre Banc d'Arguin National Park became a UNESCO World Heritage Site in 1989. The African national park is a vast area of islands, marshes and coastline for African green sea turtles. Mauritania's population is concentrated in the cities of Nouakchott and Nouadhibou and along the Senegal River in the southern part of the large mostly desert terrain of the country. Banc d'Arguin is located on the Atlantic desert coast of Mauritania, midway between the main cities of Nouakchott in the south and Nouadhibou in the north. Banc d'Arguin is a vast area of islands, marshes and coastline. Banc d'Arguin
Learn More 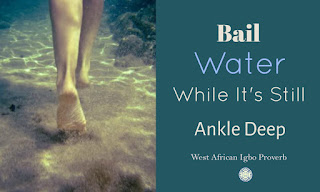 Bail water, while it’s still ankle deep, is a West African Igbo Proverb whose meaning warns us not to ignore our problems because they grow and become bigger problems over time. Bail water while it’s still ankle deep West African Igbo Proverb means leaders solve problems and stop them before they get too big. Bail Water While It’s Still Ankle Deep African Proverbs and Quotes. It happens to even the most seasoned people. You are excited to embrace new challenges and you have visualized success at the end of the road. Here is how some leaders think about problems and how you can learn to overcome them before they get too big. A positive attitude may not solve your problems -- but it will annoy enough people to make it worth the effort. – Anonymous A problem is a chance for you to do your best. – Duke Ellington All problems become smaller when you confront them instead of dodging them. – William F. Halsey Do not bother people for help without first trying to solve the pro
Learn More
More posts