To aim is not enough you must hit

To aim is not enough you must hit. 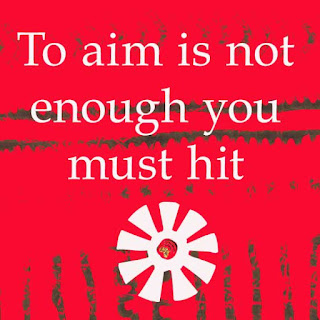 Think you are not easily influenced by the media and xenophobia; well think again. South Africa has one of the highest murder rates in the world and a history of xenophobic attacks.

The building of The U.S.A. Mexico border wall to stop immigrants entering the U.S. illegally stealing jobs from Americans is a system of xenophobia. One person’s truth is another person’s lie.

Xenophobia is the unreasoned fear felt to be foreign or bizarre. Stop listening to the media and see the truth. Be the tie that binds and not the arm that is bound. The trouble is not that we have prejudice thoughts but we believe our prejudice thoughts.

Many people do not get to know a group of people for themselves because they are afraid they already know the person in one glance. As with most prejudice, Xenophobia, most likely, they believe what the media tells them to believe. Most people back away when they get that nervous, edgy uncomfortable feeling when having eye-to-eye contact with a person of another race.

However, that feeling signals you are doing something that matters. Embrace the feeling and lean into the discomfort. Seek guidance to understand what the feeling is telling you.

Train yourself to believe in your natural feelings and not give in to fear and mistrust. The meaning of the African proverb "The strong arm is not bigger than the tie" is do not try to be what you cannot be, hateful and indifferent, be yourself, a loving human being instead. Stop listening to the media and see the truth about Africa.

The construction of the U.S.A. Mexico border wall by the United States President Donald Trump in his belief that immigrants are stealing job opportunities from American workers. Under the guides of building a stronger economy and national security, xenophobic fears are stimulated about immigrants take jobs away from Americans; and immigrants cause increases in crime

South Africa has one of the highest murder rates in the world and a history of xenophobic attacks by people who accuse citizens of other African countries, as well as Asian countries, of coming to steal their jobs. The South African government does not collect data on attacks or threats against foreign nationals.

The wave of xenophobic attacks that swept South Africa in 2008 claimed at least 62 lives. Subsequent incidents, particularly in 2015, have displaced thousands of African migrants and led to the large-scale looting of their shops and other businesses.

About 70% of foreigners in South Africa come from neighboring Zimbabwe, Mozambique and Lesotho. The remaining 30% is made up of people from China, Malawi, UK, and Namibia, eSwatini, India and other countries.

There are an estimated 3.6 million migrants in the country out of an overall population of well over 50 million. Some people complain about foreigners working in South Africa where unemployment is painfully high - standing at more than 27% at the end of last year.

Gauteng province, which includes South Africa's largest city Johannesburg and the capital Pretoria has the highest rate of violence against foreign nationals, followed by the Western Cape, according to the ACMS. KwaZulu-Natal, where Durban is situated, is third.