As a people, we constantly worry about belonging and we do this because we all know how much family, whatever forms they take do matter. The most powerful reason of why families matter come from orphans and children who know what it’s like to have lost or temporarily separated from their families.

First lay the foundation and then build the wall. - Egyptian Proverb

Families play an important role in teaching children about tribal roots so they will grow up with identity, ideals and pride. Family Lives Matter African Proverbs teach the importance of family roots. As it is said in the African Yoruba language, Ase, it is so. 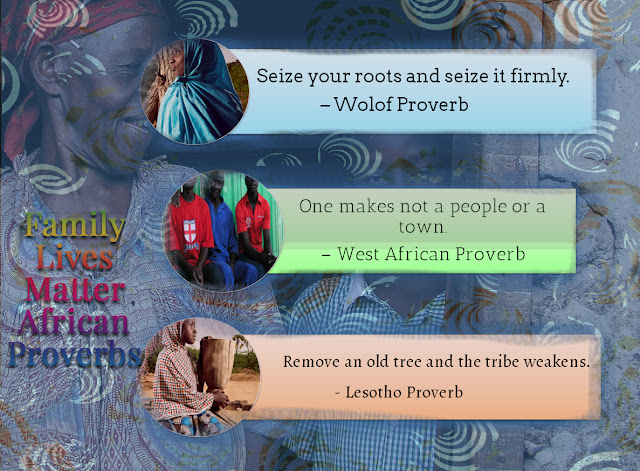 One makes not a people or a town. – West African Proverb

Seize your roots and seize it firmly. – Wolof Proverb

Remove an old tree and the tribe weakens. - Lesotho Proverb