Children in sub-Saharan Africa are more than 15 times more likely to die before the age of 5 than children in high income countries.

Lack of access to highly nutritious foods, and rising food prices is a common cause of malnutrition. Ready-to-Use Therapeutic Foods or RUTF was first introduced in situations of humanitarian emergencies during the early 2000s. 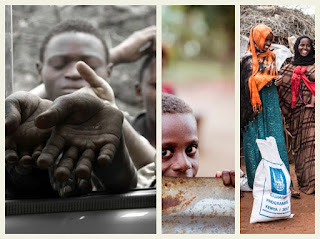 Malnutrition is the underlying cause of death in an estimated 34 percent of all children worldwide. RUTF is high energy; lipid-based nutrient supplement paste used for the treatment of severe acute malnutrition.

RUTF has around 550 kilo-calories per 100 grams of the product. RUTF is basically peanut butter mixed with dried skim milk, vitamins and minerals and can be stored for three to four months without refrigeration, even at tropical environments. RUTF can have a shelf life of two years when stored at 80 degrees Fahrenheit. 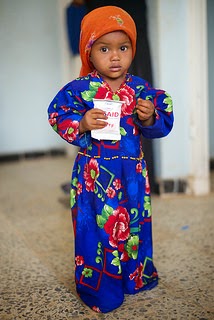 UNICEF is the primary global purchaser of RUTF. RUTF has transformed the treatment of severe malnutrition providing foods that are safe to use at home and ensure rapid weight gain in severely malnourished children.

The peanut butter mixture can be consumed directly by the child and provides sufficient nutrient intake for complete recovery from severe malnutrition. RUTF is not a cure-all and is used as a supplement, not a meal replacement. Local production of RUTF paste is taking place in several countries of Africa, including DRC, Ethiopia, Malawi, and Niger.


At least 1 in 3 children under-five in Africa were stunted in 2011. Stunting hampers cognitive development of young children which undermines learning ability later in life.
In Africa, boys are more likely to be stunted than girls are; the effects of stunting are irreversible. Five countries in Africa have more than 5 percent severe wasting South Sudan, Nigeria, Chad, Mali, and Sudan.
African facts