What is the big deal about illegal fishing in Sierra Leone

Over a billion people, most of whom are poor, depend on fish as a source of animal protein. Fish is the cheapest source of animal protein in the country and it, therefore, affects positively on Sierra Leone food security issues. Sierra Leone is gifted with abundant fish resources that have the potential of contributing significantly to food security, income, and employment.

Opportunities for aqua-farming are plentiful in Sierra Leone's marine environment and the inland water bodies. Sierra Leone made around US $1.1 million in the fishing industry. Overfishing can result in the collapse of entire communities due to loss of income from illegal fishing. 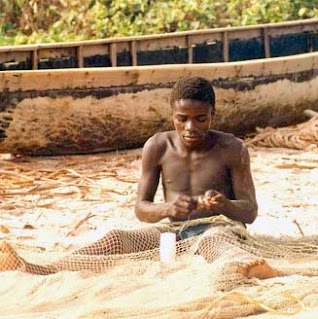 Response to illegal fishing in Africa.

Sierra Leone’s industrial fisheries are significantly export-oriented and the fleet ownership is almost wholly foreign based. According to Environmental Justice Foundation (EJF) website has developed partnerships with local communities, the Government of Sierra Leone and local and international organizations working to combat pirate fishing.

EJF’s boat travels to reported locations and documents vessels fishing illegally using photography, film and GPS equipment. Images and position information are then analyzed in EJF’s offices in Sierra Leone and London to establish the identity of the vessels, which is usually concealed.

Since January 2011, EJF has documented eight vessels operating illegally. As a result, over US $100,000 in fines have been collected by the Government of Sierra Leone.

Between January 2010 and January 2012 EJF received 252 reports of illegal trawler activity in the Sherbro River Area. However, since January 2012, no trawlers have been sighted in the area after the Sierra Leone Government fined two vessels documented by EJF over US $300,000.

Overfishing is when too many fish are caught and there are not enough adults to breed and sustain a healthy population, the stock is overfished. Catching too many fish at once the breeding population becomes too depleted to recover. Poor fishing management is the primary cause.

Legal fishing refers to fishing activities conducted in contravention of applicable laws and regulations, including those laws and rules adopted at the regional and international level.

Unreported fishing refers to fishing activities that are not reported or are misreported to relevant authorities in contravention of national laws and regulations or reporting procedures of a relevant regional fisheries management organization .

Unregulated fishing occurs in areas or for fish stocks for which there are no applicable conservation or management measures and where such fishing activities are conducted in a manner inconsistent with State responsibilities for the conservation of living marine resources under international law.

Illegal fishing is fishing activities conducted by foreign vessels without permission in waters under the jurisdiction of another state, or which contravene its fisheries law and regulations in some other manner for example, by disregarding fishing times or the existence of the state’s protected areas.