The art of African cooking lies in the blending of herbs and spices to flavor food.
Recipes for the heart, mind, and soul.

Try new spice recipes to make every night for dinner, it’s time to upgrade your recipe skills to the next level.

There is no better way to understand a culture than through its food. Food bonds families, friends, and communities as well as giving everyday nourishment.  Add a new aroma to your food life. Ja means eat in the African language Southern Sotho (soh-toh) or Sesotho (se-soh-toh.) Here are three super easy homemade spice recipes from our book A Field of Greens. 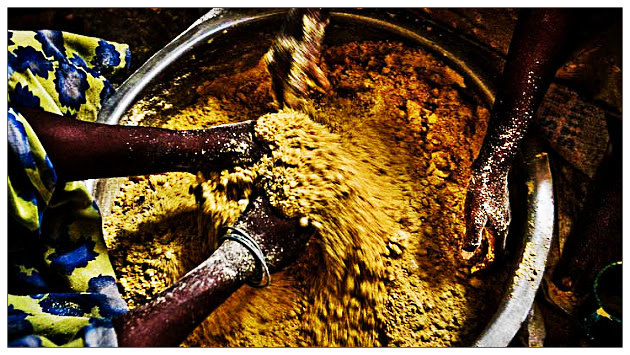 Mix all ingredients well and store in an airtight container away from light and heat.

In a food processor, add all ingredients, process until mixture resembles a thick sauce. Add more olive oil if needed.

Mix all ingredients in a bowl and store in an airtight container away from light and heat.

Second edition of A Field of Greens has the same favorite recipes we all know and love plus a new chapter on drinks, Ashanti Adinkra symbols and a few more surprises. With 111 easy African slow cooker recipes, fall in love with your slow cooker all over again.