Ghana Africa 62 to 71 percent of the population profess Christianity as their religion.

The Presbyterian Church of Ghana is a Protestant church in Ghana founded by the Basel missionaries in 1828. The church is a founding member of the Christian Council of Ghana.

Currently the CCG comprises fifteen member churches and two Christian Organizations. The CCG over the years has gone through a series of restructuring and renewal processes in an effort to develop a significant, effective and valuable organization responsive to challenges facing the Ghanaian member churches. 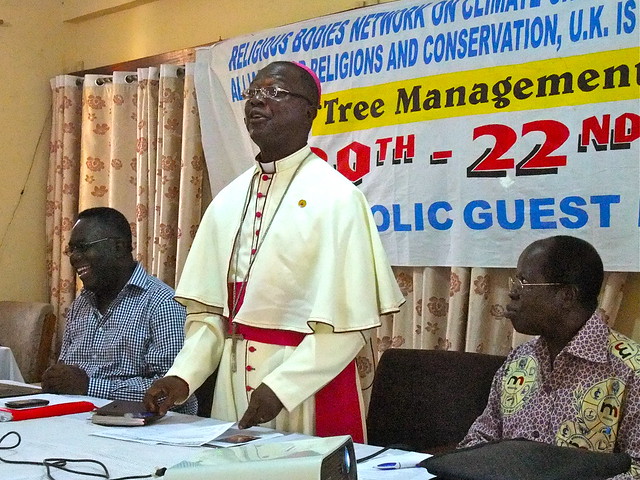 Health care organizations belonging to various Christian Non governmental groups or NGO's in Ghana provide for the majority of Ghana national health care needs. The umbrella organization of which the various mission hospitals, clinics and facilities are members of is known as the Christian Health Association of Ghana (CHAG).

The Charismatic movement represents one of the fastest growing Christianity denominations in the 21st century world. Charismatics describe themselves as having been renewed in the Holy Spirit and as experiencing supernatural and miraculous and energizing power through the Holy Spirit. Fundamental to the movement are the experience of baptism with the Holy Spirit and the use of spiritual gifts or charisma, a power to influence inspiring large numbers of people.

To Pentecostal’s and Charismatics speaking in tongues is when a believer speaks a language that they do not know and they are speaking to God and not men as referenced in 1 Corinthians 14:2 “For anyone who speaks in a tongue does not speak to people but to God. Indeed, no one understands them; they utter mysteries by the Spirit.”

Protestants are members of the Protestantism Christian religious movement that began in northern Europe in the early 16th century as a reaction to the Roman Catholic doctrine and practice of the edict of the Diet of Speyer which was a perceived force to choose between obedience to God and obedience to Caesar, Protestants choose obedience to God.