Bananas are perhaps best known for their yellow color, health benefits and potassium, fiber and natural sugars but did you know:

Bananas are the most popular fruit in the world.

Banana skins can be red, pink, purple, or black.

There are more than 1,000 varieties of bananas grown and eaten throughout the world. Bananas are a part of the world’s fourth most important food crop and are the main ingredient of countless recipes and income for more than 70 million Africans.

Being the world’s fourth most significant food crop the carbon footprint of the banana is important to consume less energy. 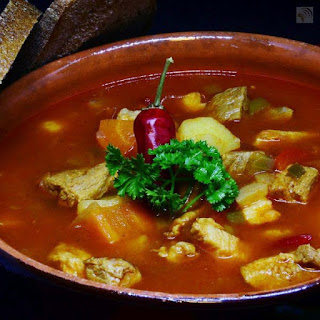 There are various types of banana unique to Africa, and these can be eaten fresh, cooked, fried and processed to be served as baby food, juice, and beer. East African Highland cooking banana and plantain makes up approximately 70% of all bananas grown on the continent.

People living in the highlands of central Africa eat more bananas than anyone else does in the world, deriving 35% of their daily calories from the crop. African countries such as Uganda, Rwanda, and Cameroon, per capita consumption exceeds 440 pounds of banana a year.

In the lowland of the Congo basin, farmers grow a greater diversity of plantains than anywhere in the world. Moreover, these perennial plants are the backbone of many farming systems as they produce fruits the year-round, protect the soil from erosion, and survive floods, drought, and civil conflict.

Approximately 75% of production in Africa is local bananas that have been present on the continent for over 1,000 years. These are mostly cooking bananas that are popular and important staple food. While you can eat the ripe yellow banana immediately after peeling, the green banana is best eaten cooked. 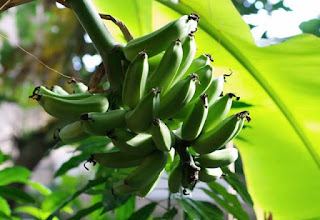 Directions
In a large pot over medium heat add palm oil and onions cook until soft, stir in peanut butter. Add green bananas, tomatoes, fish, and spices, cover and simmer 10 minutes. Serve over rice or as a stew.

Directions
In a large fry pan, saute the ground curry powder in the oil for one minute. Add the sliced plantain and fry until lightly colored. Add chili, salt, and coconut milk and simmer for 20 minutes. Serve over rice. 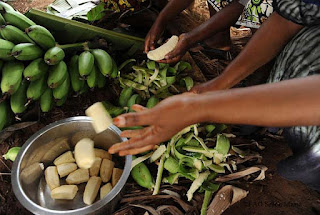 Directions
Heat a large frying pan over medium-high heat adding 2 tablespoons of vegetable oil. Meanwhile, grate the green bananas to a fine pulp. Add chopped onion, cornflour, salt, palm oil, and beaten egg. Mix well to give a dropping consistency and drop in spoonfuls into a frying pan coated thinly with hot cooking oil. Fry on each side until brown. Serve as a snack or as a side dish with cheese and tomato sauce.

Just so you know about the ingredients you are cooking with:


What is Palm Oil

The palm oil tree is also known as Elaeis Guineensis and is native to West and Southwest Africa. Nearly 85% of the world’s palm oil comes from Indonesia and Malaysia; the other major growing countries are Thailand, Colombia, Nigeria, and Papua New Guinea. 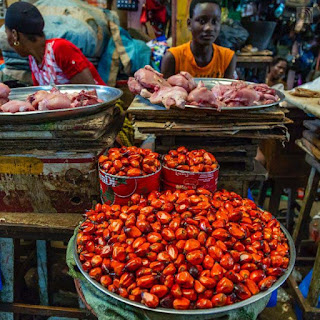 Palm oil fat is the world’s most popular and most purchased vegetable oil making up about 35% of the total international trade in cooking oils. The Palm oil tree has many uses in West Africa, palm oil is a major food item and it is typically used for making goods with its natural flavor and red color having a unique effect on a dish.

Palm oil can be harvested 12 months of the year and is indigenous to West Africa. Palm oil trees naturally grow along the 300 mile coastline strip from The Gambia to Angola. Palm oil is produced in countries in which there are large percentages of the world’s rain forests. Rainforests are being destroyed to make way for palm oil farms, as demand for palm oil grows worldwide. 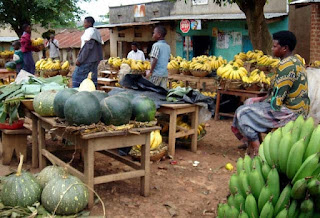 Bananas are an important product worldwide but besides Dole Fruit Company and MIT, few carbon footprint analysis has been researched. Dole's research on banana's carbon footprint is on Dole owned banana plantations produced in Costa Rica and distributed in Germany.

The term carbon footprint is used to describe the number of greenhouse gases generated by an item or activity. It is expressed in carbon dioxide equivalent, amount of carbon dioxide that would have the same impact on climate change, and has been widely used over the past decade for environmental assessment.

The calculation of a carbon footprint of a product is the sum of all materials, energy, and waste across all life cycle activities thereof, multiplied by emission factors and global warming potentials. The carbon footprint of the banana industry is spread across the entire operation.

The banana carbon footprint is divided into three steps of production and packing, transport and shipping, and ripening bananas. Keep in mind only 15%–20% of world banana production is traded globally, the biggest banana producing countries in Africa export very little and keep most for domestic consumption. 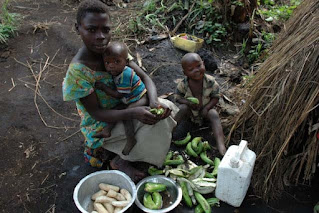 
The African Gourmet creates easy African food recipes for you to enjoy. Learn more about Africa.