Several damaging climate effects in Africa are associated with water in the form of uncertain rainfall, floods, drought and stress on Africa river systems.

Why You Need to Care About Africa's Drought, Rainfall and Flooding Issues

Over the next decade in Africa droughts, heatwaves and floods and heavy rainfall will become more pronounced. Part of Africa’s vulnerability is because over 90 percent of agriculture in Africa is dependent on rainfall for day to day food.

Climate change is very likely to have an overall negative effect on yields of major cereals crops across Africa and people are starving. Significant crop effects are already being felt. Across the region, yields of maize are predicted to decline sharply by 2050, with average predicted losses on this basic food staple ranging from 5 percent for the region overall to 11 percent in southern Africa.

In areas with higher levels of warming, yields may decrease by 15–20 percent across all crops and regions and hunger is acutely felt. Southern Africa faces the risk of more severe and longer droughts and periods of extremely low and extremely high rainfall could become more common.

World climate models are consistent in predicting that rains will be heavier, particularly in the wetter areas of tropical Africa, increasing flood hazards. Eastern Africa is projected to become more humid and wetter. As exposure to flood risk goes up, people die, property is lost and these socio-economic losses will increase, especially in smaller villages that are prone to flash floods and high populations.

Unprecedented heat extremes are projected over more areas of land in Eastern Africa resulting in significant changes in vegetation and putting some plant species at risk of extinction. Heat and drought would also result in severe losses of livestock. 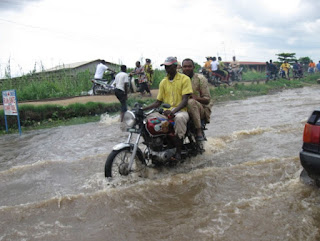 Just like the majority of the world, most Africans rely on groundwater for household needs, particularly in rural areas. Rainfall changes could greatly limit water availability in some African regions. One model for southern and west Africa predicts decreases in groundwater recharge rates of 50–70 percent.

The combination of changes in the flow of streams and rising temperatures are also expected to have broadly negative impacts on freshwater ecosystems and water quality.  In other regions, such as the Horn of Africa, greater rainfall could increase groundwater levels.

Kenya received unusually heavy rains that brought deadly floods to the country in November 2006. The floods seen on the Tana River were caused by a combination of torrential rain and a release of water from Kenya’s overwhelmed hydroelectric dams, reported the International Federation of Red Cross and Red Crescent Societies.

People in hundreds of communities along the Tana River were displaced when the river burst its banks. The Tana River was just one of many rivers to burst their banks in East Africa during the short rainy season of 2006. The short rains, which typically run from late October through early December, fell on the drought-hardened ground in Ethiopia, Somalia, and Kenya, and gathered into raging floods where nearly 2 million people had been affected by the flooding. 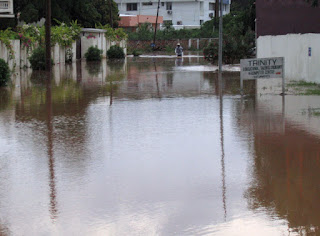 These unusual floods damaged homes, businesses, public buildings, and agricultural fields, but they cut off roads and contaminated drinking water. The lack of clean water and access to health care, food, and other supplies may lead to a health crisis. Diseases such as cholera, malaria, diarrhea, and measles have already started to spread among displaced people living in unsanitary conditions with limited access to clean water.

The Category 2 storm, Cyclone Idai made landfall shortly after midnight on March 15, 2019, in Beira, a port city on the coast of Mozambique, with 175 kph (109 mph) winds that brought huge rains and submerged villages as it moved inland towards Zimbabwe and Malawi.

After hitting Mozambique, Cyclone Idai tore into Zimbabwe and Malawi killing many people as they slept. The United Nations has confirmed that 259 lives have been lost in Zimbabwe and 56 in Malawi. But the United Nations said officials will only be able to determine the final casualty figure once the floodwaters have receded. 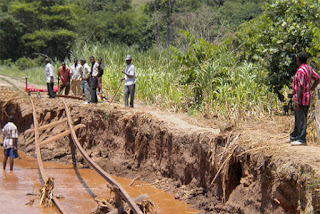 Mozambique's Minister of Land and Environment, Celso Correia, said on Sunday that 446 people have now been reported dead in Mozambique. More than half a million have been affected in the country and Beira took the full brunt of Cyclone Idai, with aid agencies reporting that 90% of the city had been destroyed by the storm.

Cholera cases have already been reported in Beira, and there is an increasing number of malaria infections among those trapped by the flooding, according to the International Federation of the Red Cross and Red Crescent Societies. The government is setting up cholera treatment centers in affected areas.

The high commissioner for Mozambique in the UK, Filipe Chidumo, last week called Cyclone Idai "a big tragedy of biblical proportions." Chidumo added the restoration of electricity, water and sanitation facilities would be needed to prevent the spread of waterborne diseases. Some 1.7 million people are said to be affected across southern Africa, with no electricity or running water in areas where homes have been swept away and roads destroyed by the floods.

The only difference between a hurricane, a cyclone, and a typhoon is the location where the storm occurs. Hurricanes, cyclones, and typhoons are all the same weather phenomenon, different names for these storms in different places.

In Africa, over 400 million people are deprived of safe drinking water. In order to get water, people who can afford the option buy water from private water tanker operators for around $50 each month.