Considered the cradle of humanity and the origin of humankind, Africa has 54 countries and 9 territories. 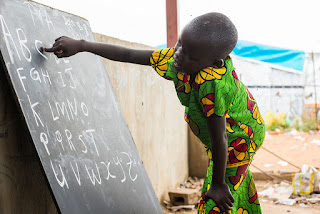 Nykhor Paul, South Sudanese, "Dear white people in the fashion world!... Why do I have to bring my own make-up to a professional show when all the other white girls don't have to do anything but show up. "Don't try to make me feel bad because I am blue-black - it's 2015"


Aliko Dangote, Nigerian, “In Africa, as you're being successful and doing things right, you're also creating a lot of enemies.”


Patrice Motsepe, South African, "Man cannot live by bread alone, which is correct, but man can also not live without bread."


Sudhir Ruparelia, Ugandan, "You need to go into the kind of business that suits your lifestyle, interests and passion so that you enjoy what you are doing." 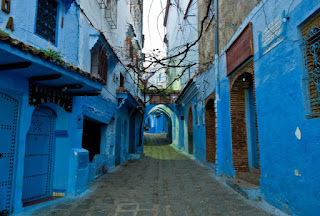 
1. Africa has 54 countries, South Sudan is the newest and Liberia is the oldest republic.


2. Sudan was the largest country in Africa until it was divided by convictions into Sudan and South Sudan.


4. Cairo is the capital city of Egypt and is also the largest city.


5. One of the most interesting facts about Africa is that the length and breadth of this continent are about the same. It measures around 4,660 from north to south and from east to west.


6. Africa is not only the second largest but the second most populated continent as well and houses about 15% of the world population, 1.216 billion people.


9. Around 2,000 different languages are spoken in Africa and each of them have different dialects while Arabic is the language that is most widely spoken in the African continent.


10. Followers of traditional African religion believe that ancestors maintain a spiritual connection with their living relatives.


11. Southern African Sangomas are part of spiritual traditions and are responsible for healing and telling the future.


12. The Equator goes around 2,500 miles from the west to the east of the African continent thus dividing this continent into two separate halves – north and south. It passes through many of the African nations such as Congo, Somalia, Uganda as well as Kenya.


13. The longest river in the world, the Nile at 4,132 miles is located in eleven countries in Africa, Tanzania, Uganda, Rwanda, Burundi, Congo, Kenya, Ethiopia, Eritrea, South Sudan, Sudan and Egypt.


14. The largest waterfall in Africa is the Victoria Falls and it is located on the Zimbabwe and Zambia border. It has a height of 355 feet and the width of the waterfall runs into almost a mile.


15. Mara Region of Tanzania is named after the River Mara. The region has a land area of 30,150 square kilometers and an estimated 1.74 million in population.


16. The largest desert in the world the Sahara the desert is also situated in Africa and it spans across at least a dozen countries - around 3.5 million square miles.


19. Dragon’s Breath Cave is the largest underground lake in the world and is located in the Southern African country of Namibia.


20. Africa has over 85% of the world’s elephants and over 99% of the remaining lions are on the African continent.


22. Kolmanskop was a rich German diamond-mining town but presently is a ghost town in the Namib Desert visited only by Namib wild horses.


24. King Kong: An African Jazz, was the first all-Black South African musical which opened on 2 February 1959. The musical chronicles the rise and fall of champion boxer Ezekiel ‘King Kong’ Dhlamini. It helped create a new set of opportunities for Black South Africans in the arts and has taken South African theatre to new dimensions.


25. Since the beginning of the struggle of apartheid in 1948, women were at the forefront of resisting the government and fighting their actions.


26. In South Africa, the theater was a particularly popular medium for promoting Black Consciousness ideology, and mobilizing and strengthening the identity of township audiences.


27. Estimates vary from around 14-30% of the African population has Internet access but account for 15.0% of the world's population.


28. Ghana has one of the most active mobile markets in Africa and was one of the first African countries to be connected to the Internet. From 2012 and 2013, fiber-optic cables were laid, paving the way for increased international bandwidth that has transformed the country’s broadband market.


29. According to the Internet World Statistics 29.6% of Ghana’s population, use the Internet, as of June 2016. This accounts for 2.4% of Internet use in Africa.


32. Over 180 million people in sub-Saharan Africa alone could die as a result of climate change by the end of the century.


34. Up to a fifth of global greenhouse gas emissions come from tropical deforestation; more than emissions from all the world’s planes, trains and cars put together.

35. In Africa, 40 million people depend on the Congo Basin rainforest which is also home for 270 species of mammals, including the endangered gorilla, the chimpanzee and the bonobo, as well as 39 unique species of animals that are only found here.