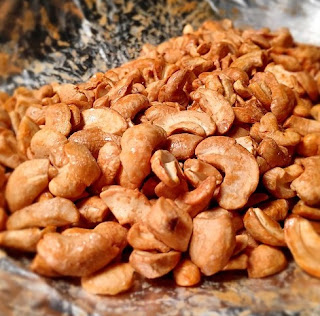 Africa is the center of the cashew world, producing well over 40 percent of the world's cashew nuts.

Cashew plantations are owners and issues.

Cashew plantations are owned primarily by men in Africa, as women and migrants have difficulty obtaining access to land ownership. For most growers, work in the plantations is manual and involves the use of manual hand tools.

Growers with large cashew plantations use animals to work the land, in rare cases heavy machinery; in all cases, family labor makes an important contribution. Most African cashew nuts are shipped raw and unprocessed directly to processing factories in Asia, where they are turned into kernels for the European, American and Asian markets.

Cashew growing has a positive environmental impact in that it serves to protect, conserve and reconstitute the land. In Cote d’Ivore, Mozambique, Tanzania, Benin, Guinea Bissau, Togo, Burkina Faso and Nigeria, cashew trees are usually grown in areas that are suitable for growing cotton and yams.

These two crops, cotton and yams more than any other, lead to soil deterioration, as the forests are cleared to make room for them and, in the case of cotton, they involve the massive use of pesticides. Cashew trees are ideal for rebuilding degraded land and for carbon footprint stability.

Cashew growing in Africa as it has positives therefore making the cashew nut an expensive undertaking. Recurring fires in the plantations, difficult regulation of the local market and price fixing as well as cashew growing and processing is labor intensive hard manual work.

Cashew is a recurrent tree crop that starts to produce cashew nuts when the tree is about four years old. Coupled with not making profits from cashew plantations for the first few years, other issues are high export taxes, organizations of growers are insubstantial, partisan buying policies, there is a difficulty for women to access financing and credit and cashew exporters have a history of monopolizing the market.

Civil war has devastated many African cashew- producing countries forcing farmers to abandon their cashew trees to move to safer places. Farmers are victims of a dramatic shift in the political upheaval brought often sudden and profound changes from conflict and poor governance.

Directions
Add oil to a heated frying pan and remaining ingredients mix well and lightly toast. Serve as a snack.