Beautiful on the outside, but rotten on the inside, beautifully rotten African Proverbs teaches people who do not respect themselves can never respect others.


Three beautiful on the outside, but rotten on the inside African Proverbs.


Beautifully Rotten African Proverbs teach us in everyday life to be inspired with ancient words of wisdom from African ancestors and elders. 25 beautiful on the outside, but rotten on the inside African Proverbs.


A bed for two is not a bed for three.

Conspiracy is stronger than witchcraft.

Dogs make their dinner upon what belongs to fools.

He who kills his own body, works for the worms.

It is only the shoes that know if the stockings have holes.

It is when the wind is blowing that folks can see the skin of a fowl.

Lazy folks ask for work with their lips but their hearts pray God that they may not find it.

Save a thief from hanging and he will cut your throat. 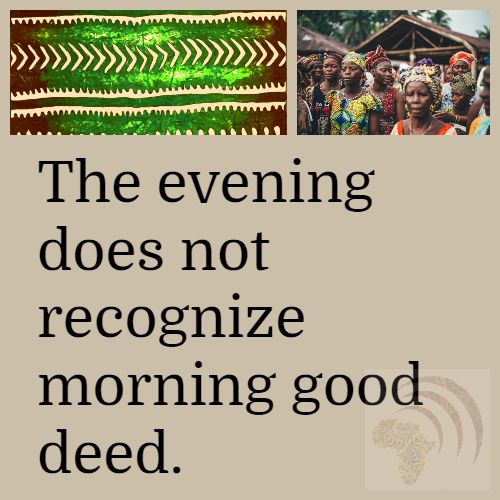 The cow never says thank you to the pasture.

The drum makes a great fuss because it is empty inside.

The hog knows well what sort of tree to rub himself against.

The knife knows what is in the heart of the pumpkin.

The monkey smothers its young one by hugging it too much.

The one holds the skillet that knows the cost of lard.

The teeth are not the heart.

Too much jewelry, empty cabinet.

What troubles the eyes affects the nose.

When the Devil goes to church he hides his tail.

Women go to church but they no sooner return when the devil piles more sins upon them. 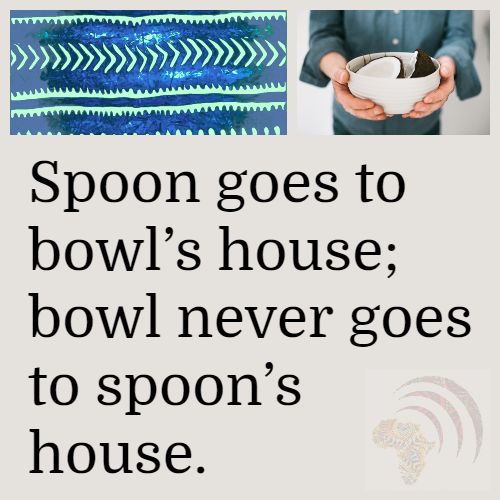