What is the most popular food in Eastern Sudan; homemade Sudanese Moukhbaza of course. 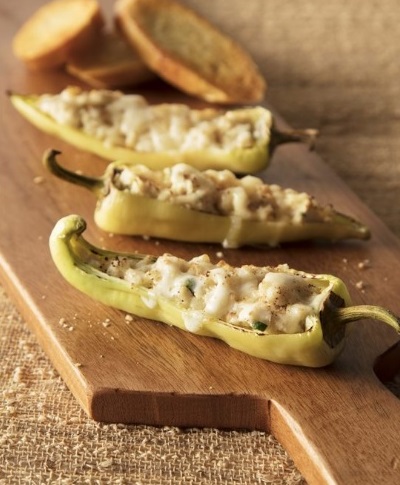 Sudan food recipes and food facts
Our recipe can be enjoyed with any kind of dish.

Sudanese cuisine is varied by region and Moukhbaza is a favorite recipe in East Sudan.

Moukhbaza something sweet and spicy recipe
Sudanese cuisine is as diverse as its geography and cultures. Traders and Arab settlers brought red pepper, garlic, and other hot peppers to Sudan from the Mediterranean who came to Sudan during the Turkish rule. In the east, the most popular dish is Moukhbaza made of banana paste topped with chili peppers; this dish is greatly influenced by its neighbor Ethiopia.

Sudanese meals are eaten around a large, communal tray on which various meat, vegetable, salads, and sauce dishes are placed eaten with the right hand or using flatbread. Moukhbaza is usually eaten with another Sudanese all-time favorite recipe, kirsa bread.

Moukhbaza is made from mashed ripe bananas smothered with hot peppers. This sweet and spicy combination is popular in Sudanese cuisines. Sweet ripe bananas are brought to life when mixed with hot, spicy chilies; your taste buds will not even know what to do with themselves. Nibbling a sweet treat is a truly delicious thing. Nevertheless, discovering that perfect balance of sweet and spicy combine in Sudanese Moukhbaza is something that will hit all your senses. Dried chili peppers add so many flavors to Sudanese cooking.

Hint: When bananas are really ripe, you can mash with a fork and with very little effort and wear rubber gloves before cutting chili peppers.

Directions
Cut your peppers in tiny slivers so it dries out faster. Place single layer on a baking sheet, and then toast them in a 125-degree oven for about 4 hours. Remove peels and place bananas in a bowl. Use a fork or potato masher to mash the bananas well. For each cup of mashed banana, add one teaspoon of lemon juice to prevent browning. In a large bowl add mashed bananas and top with dried hot peppers. For a prettier presentation cut a banana pepper in half lengthwise, bake for 10 minutes on a 325-degree oven, cool peppers slightly and stuff with mashed bananas and serve.

Did you know
Fresh hot peppers can be dried in the oven at a very low temperature, dried in the sun, in a food dehydrator, or by stringing them up in a dry place. When drying hot peppers in the sun, lay peppers flat on a large cookie sheet in a single layer in direct sunlight and cover with a thin screen mesh, flip peppers every few days.