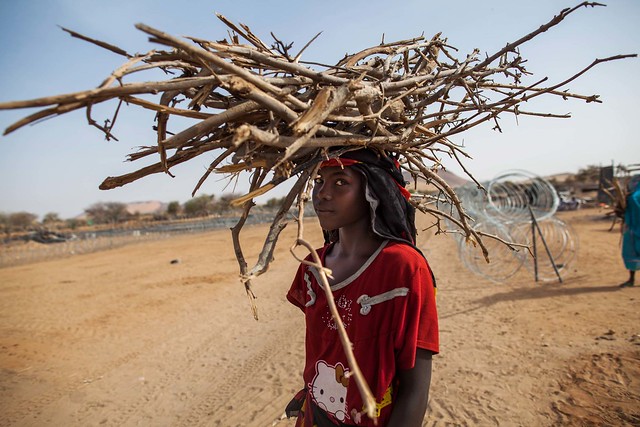 Throughout Africa, women and girls walk for hours a day in the hope of finding a few branches or roots to use as firewood; to avoid the midday sun, many leave their homes before sunrise.

Dangers of women collecting firewood in Africa range from spinal and pelvic injuries to sexual assault, rape, and harassment.

In these countries, woodfuels not only are vital to the nutrition of rural and urban households but are also often essential in food processing industries for baking, brewing, smoking, curing and electricity production. 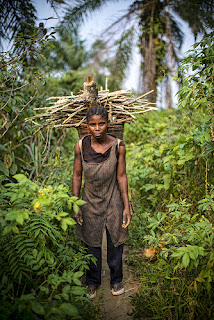 The World Health Organization states that “Over 98,000 Nigerian women die annually from the use of firewood. If a woman cooks breakfast, lunch, and dinner, it is equivalent to smoking between three and 20 packets of cigarettes a day.” 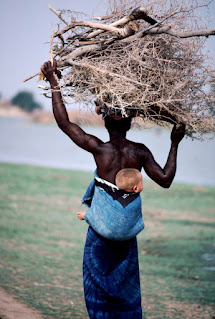 Lack of safe access to firewood can be life-threatening particularly in conflict situations. The hours searching for wood also prevents better use of the time, such as attending school.
Energy is both an engine of development and a source of many of today’s economic and environmental problems. 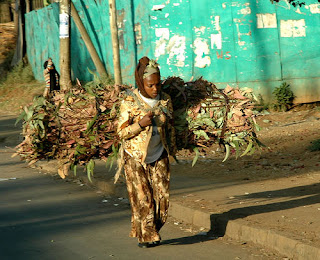 Women seek firewood often in arid areas already lacking adequate vegetation not only face the threat of rape but compete with other people who also need the resource.
Approximately 60% of the world’s total wood removals from forests and trees outside forests are used for energy purposes. In other words, woodfuel is one of the main products of forests and trees. 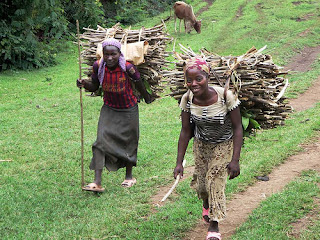 Woodfuel is not only used in poor and rural households. In many towns and metropolitan areas, woodfuel is widely used either as a main, substitute or supplementary fuel by low-, middle- and high-income groups.

In Africa, fuelwood, charcoal and other forms of biomass energy make a major contribution to meeting the energy requirements of the population

The collection, distribution, and trade of these fuels also provide income and employment to millions of Africans but also house unsafe working conditions for many young girls and women. 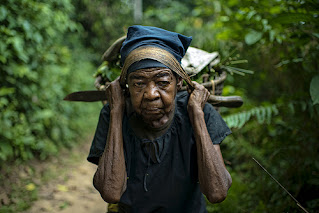 Lack of safe access to firewood can be life-threatening. Many women spend more than 20 hours a week collecting firewood. Contrary to common belief, not all-wood fuel is sourced from natural forests.