Tallest Tribe in Africa the Dinka of South Sudan

Tallest Tribe in Africa is the Dinka Tribe of South Sudan

Dinka also called Jieng, live in the savanna country in South Sudan. Dinka are among one of the tallest tribes in Africa.

Tallest Tribe are the Dinka Tribe of South Sudan 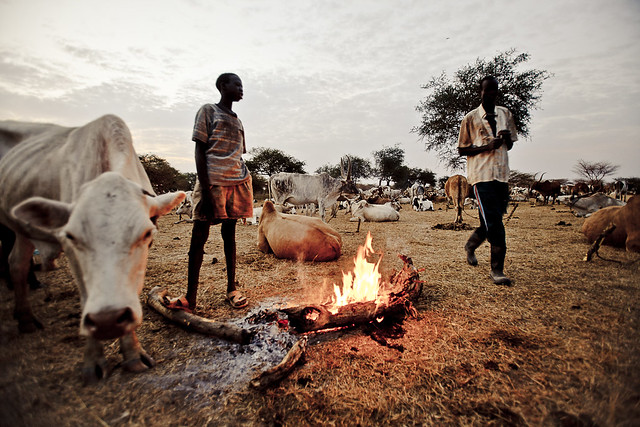 The Dinka are primarily pastoralists. Because of the vast geographic area they occupy, the Dinka exhibit great diversity of dialect. The definition and boundaries of ethnic groups depend on how people perceive themselves and others.

The Sudan was the largest country in Africa until 2011 when Sudan and South Sudan became two separate countries. Before the war caused institutions to collapse in southern Sudan, the Dinka were not only farmers and herders, but also law court judges and high public officials and physicians.  Today various Dinka tribes preserve their cattle, but many have lost their herds, which were killed in fighting or abandoned during the civil war. Dinka have been among the most deeply affected by the Sudanese civil war.

Cattle has always been the focus of Dinka culture. Cattle stood at the heart of virtually every important tradition and ceremony in Dinka cultural life from music, myths, legends, and folklore, cattle are one of the most important animals. Dinka are one of South Sudan’s largest and noblest tribes.

Alek Wek is one of the world's foremost supermodels from the Dinka ethnic group in South Sudan but fled to Britain in 1991 to escape the civil war in Sudan. Alek came to New York from London in 1996 and went on seventeen appointments a day for about six weeks.

Alek says "I don't see myself as different or exotic, I'm just Alek". The BBC followed Wek and her mother to her mother’s childhood home in Sudan as a part of its Africa Lives documentary series in 2005.

In the documentary, the family sets out to track down Wek's long-lost aunt after the Comprehensive Peace Agreement ended the war in Sudan. "When I returned to New York, I was so moved by those memories and the many changes that occurred in my life—losing my father in the war, being separated from my family at age twelve for two years, and rising to supermodel superstardom. I wrote my memoir, ALEK: From Sudanese Refugee to International Supermodel in 2007. I never imagined it'd become a best-seller, nor that it would be translated into 10 languages, but I'm so happy that my story has resonated with so many people around the world."