Ositadimma Osi Umenyiora is a Nigerian British born, retired NFL American football defensive end. Umenyiora is one of the only African players who won a super bowl and named to at least two NFL Pro Bowls.

Ositadimma Osi Umenyiora, was born November 16, 1981 in Golders Green, London to Nigerian parents. His parents divorced in London when he was one. Umenyiora lived in London until he was seven and then moved with his father and four siblings to Nigeria.

Moving to his ancestral home, Nigeria in Africa as a young boy, his father, John Umenyiora, in 2008 was appointed king in the village of Ogbunike. Ogbunike is a town in the Oyi local government area of Anambra State, Nigeria.

Seeking a better education for his son, at age 14 Umenyiora emigrated to the United States to live with his sister in Lee County, Auburn Alabama where he started playing high school football.

Umenyiora is of Nigerian Igbo descent, “I feel Nigerian,” said Umenyiora, “But in actuality I’m British.” Both Umenyiora’s parents are Nigerian and raised in a home that observed Nigerian traditions.

Umenyiora was drafted 56th in the second round by the New York Giants in the 2003 NFL draft. He won a Super Bowl ring, and has played in the Pro Bowl twice. On August 26, 2015, he retired from football as a New York Giant after signing a one-day deal. Umenyiora married his longtime girlfriend, Leila Lopes Friday May 29, 2015 in Luanda, Angola.

Vieira Lopes-Umenyiora was an Angolan model who won the titles of Miss Angola United Kingdom 2010, Miss Angola 2010 and Miss Universe 2011.

Love doesn't listen to rumors; the Umenyiora’s marriage had a rocky start due to an alleged fake Instagram account. But, as the Igbo proverb states life means that when one is fully grown he must wait for others to mature; everything has a place where it comes to a halt. 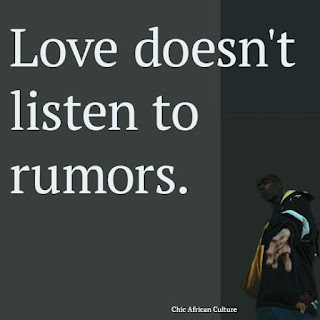