Being Left Handed in Africa

Left Hand in Africa the forbidden left hand. Throughout most of Africa, no matter the religious observance, the left hand is associated with disrespect and bad manners.

Being Left Handed in Africa


Left handed people make up about 11 percent of the population in Africa.

The preferred use of the left hand to the right is not an issue of preference or habit throughout most of Africa. The left hand is associated with disrespect and bad manners in many African cultures.

How did the left hand receives such a bad reputation in African culture? It is the hand used to perform tasks that are dirty and unclean, the hand used for personal hygiene.

Avoid taking or passing anything with your left hand such as a present, extending your hand for a handshake or eating that scrumptious platter of groundnut soup and fufu. In Southern Africa, it is considered polite to receive a gift with the right hand.

Things are to be handled or passed with the right or both hands, but never the left hand, as this is considered the unclean hand no matter the religious observance. Lack of knowledge about social customs within African cultures can make even the best-intentioned person seem rude.

Some women do not shake hands and merely nod their head, so it is best to wait for a woman to extend her hand.

Using your right hand is a social custom to follow not only when visiting Africa but also when meeting and greeting on business and socially in your corner of the world. Expectations of cultural etiquette depend upon the ethnic heritage of the person you are meeting.

Cultural understanding and cultural awareness is a vital part of international communication, knowing using the left hand is considered rude in African cultures are just the beginning of positive nonverbal communication. Actions speak louder than words, especially if there is a barrier between languages. 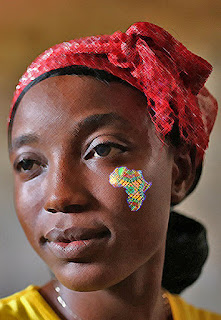 Did you know?
People who are left-handed are at greater risk of psychotic disorders such as schizophrenia, according to a 2013 Yale University study.