Mermaids of the Zimbabwe Save river are the kidnapping type mermaids that kidnap its victims for days, months, years and sometimes, a lifetime. 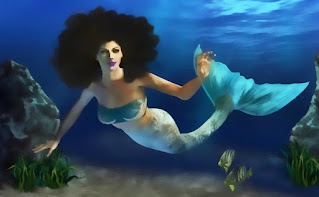 Mermaids have numerous folklore stories around the world, and Zimbabwe Africa is no different.


The Sabi or Save is one of southern Africa's longest rivers stretching 400 miles from Zimbabwe through Mozambique into the Indian Ocean.
The belief in mermaids and other mythical creatures is widespread in Zimbabwe, where many people combine a Christian faith with traditional beliefs. The Save River is believed inhabited by mermaids who drag people underwater and disappear without a trace.
These mermaids are said to be creatures that are half human, half fish and dwell underwater being more active at night than during the day.

Legend has it when people disappeared in the water; they came back years later as traditional healers with strong powers having been taught everything about healing during their time in the underwater world. 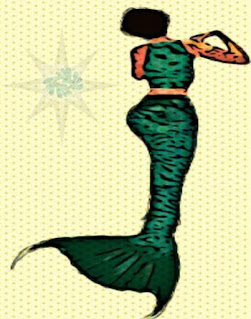 The rules of the aquatic realm are very delicate and rituals need to be followed precisely. It is believed a person abducted by mermaids normally comes out of the Zimbabwe river by themselves.
Some can go for as long as two years, while others for as little as four months however, if such rituals were done before the right time the person could remain underwater forever.
There have been many reports of mermaids living in the Save River and people being abducted by mermaids, with most of them being rejected as myths.
However belief in mermaids, mermaid sightings and the belief mermaids are real is still a very real and powerful belief held by many people living in Zimbabwe.
Did you know?
Cultures all over the world have legends of half-human, half-fish creatures that live in river, lakes and seas. The first known mermaid was Atargatis, a fertility goddess who had a tail, much like that of a mermaid's. Mermaids of the Zimbabwe Save river are the kidnapping type mermaids that kidnap its victims for days, months, years and sometimes, a lifetime.