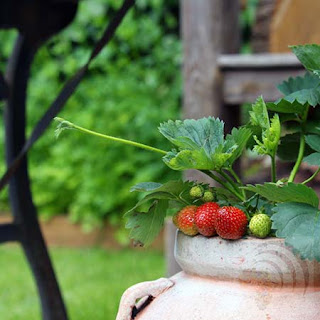 Africans are dependent mostly on agriculture to make a living

African agriculture is complex at best. In Africa, most of whose people are farmers, agriculture provides 60 – 80 percent of all employment, constitutes the backbone of most African economies; in most countries, it is still the largest contributor to the gross domestic product.
Unfortunately, farmers are generally small scale players with no cash seed monies or access to loans necessary to improve agricultural production and begin to generate investable surpluses. Many African countries have no local private sector to speak of in the agricultural areas.
In many African countries it is forbidden for a woman to inherit or purchase land. Poor political and economic governance are twin root causes of much of the malaise that afflicts Africa. Unstable governments create general political and economic uncertainty, an unpredictable environment for business, political unrest and, sometimes, even war that make pursuit of economic growth difficult.
Farmers and pastoralists all over Africa are increasingly turning to goats as a means of survival and a way of boosting their incomes. This presents African governments responsible for animal resources with new opportunities for reaching the poorest farmers in their countries.
In 2017, seven of the 20 fastest growing economies in the world were in Africa according to The International Monetary Fund, also known as the Fund. Although great strides have been made towards poverty reduction in Africa, the region hosts half of the world’s extreme poor.
Latest estimates suggest that the share of the African population in extreme poverty declined from 57% in 1990 to 41% in 2013. The protracted conflict in many African regions has also created the poverty divide. Around 20 countries out of 54 in Africa are categorized as fragile or conflict-affected. The Horn of Africa and the Great Lakes Region have been in conflict for over 20 years.