On the way to school before and after apartheid

There are many black rural areas in South Africa where access to school remains problematic and children wade through rivers and cross dangerous roads.

For South African school children walking to school before and after apartheid, things have changed little.

In South Africa, 64.8% of students walk to school, while 9.5% travel by private car and 6.6% use a taxi, according to last year's General Household Survey conducted by the government's national statistical service Statistics South Africa.

There are still a number of primarily black rural areas in South Africa where physical access to school remains extremely problematic and children may be forced to wade through rivers, cross dangerous roads or engage in other unsafe travel. 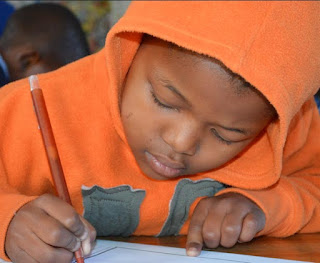 It's also critical to understand the deep inequalities that persist in South African schooling, which can be traced back to apartheid-era policy and practice. The inequalities have led to schools in historically white areas having certain resources that those in historically black areas lacked access to. So children may travel far and wide to attend schools that provide a perceived higher quality of education due to those resources, but having the means to travel is a serious problem.

The costs of children attending schools located far from home are extensive: long travel times, expensive travel arrangements, difficulty in fully engaging in extracurricular activities due to their commute, the difficulty for parents in engaging directly with the school, attending a school that may be unwelcoming on the grounds of race group, culture or language and so on.

However, for many black South African families who do not live close to high-quality public schooling options, this type of commute may well be their best option in ensuring transportation for their children.

One South African economist said, "I attended primary school during the last years of apartheid," she added. "As a white child, I was privileged to attend an excellent public school less than a kilometer from home. Consequently, I usually took a quick and relatively safe unaccompanied walk to school." Poverty and inequality remain harsh determinants, preventing so many children from accessing the quality basic education that they need.