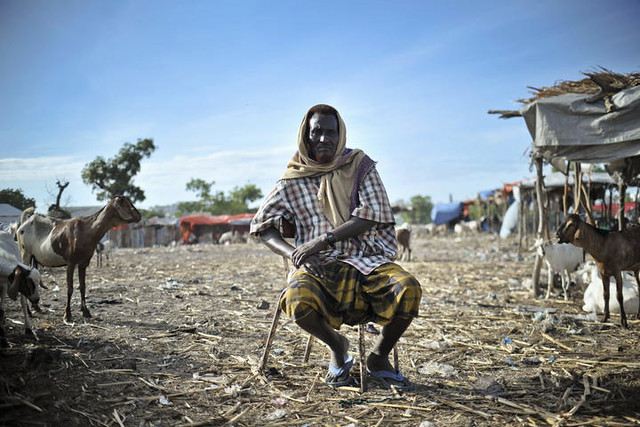 
Folktales reflect the morals, superstitions and customs of the African people. Explore the vast collection of folktales, myths, legends with Chic African Culture.

The king heard about Mamad and ordered his subjects to bring him to the palace. He looked at the wise man and asked Mamad, is it true, that you have never lied? Mamad said it's true.

The King asked Mamad again “you will never lie in your life?" Mamad said I'm very sure! The King then said “okay, tell the truth, but be careful! The lie is cunning and it gets on your tongue easily."
Several days passed and the king called Mamad once again. There was a big crowd because the king was about to go hunting. The king held his horse by the mane; his left foot was already on the stirrup. He ordered Mamad to go to his palace and tell the queen he will be with her for lunch and to prepare a big feast for us to eat.
Mamad bowed down to the King and rushed to give the Queen the message. The king laughed after Mamad left and said "We won't go hunting and now Mamad will lie to the queen and tomorrow we will call him a liar and ruin his good name.

However the clever Mamad went to the palace and said to the Queen “maybe you should prepare a big feast for lunch tomorrow, and maybe you shouldn't. Maybe the King will come for lunch, and maybe he won't.” Frustrated the Queen said “tell me will the King come, or won't he! Mamad said “I don't know, the last I saw of the King he had his right foot in the stirrup, and his left foot on the ground.”

The King came the next day to the palace and said to the Queen “the wise Mamad, who never lies, lied to you yesterday!” But the Queen told him Mamad said to her “maybe you should prepare a big feast for lunch tomorrow, and maybe you shouldn't.

Maybe the King will come for lunch, and maybe he won't.  I don't know, the last I saw of the King he had his right foot in the stirrup, and his left foot on the ground.” The King realized that the wise Mamad did not lie, and says only that, which he sees with his own eyes.

80 African Short Story Folktales you need to read today.
Read for the love of culture.

An African folktale story less home is just a sad house with walls, a floor, and a roof.