Seth Dei, co-owner and founding board member of Blue Skies Ghana. Blue Skies is a producer of fresh fruit products in its factory near Nsawam Ghana. Dei is a renowned Ghanaian Art collector talking about the huge opportunity in Art, his biography, how he became an Art collector, his Collaboration with New York University and his advice to up and coming Artists. 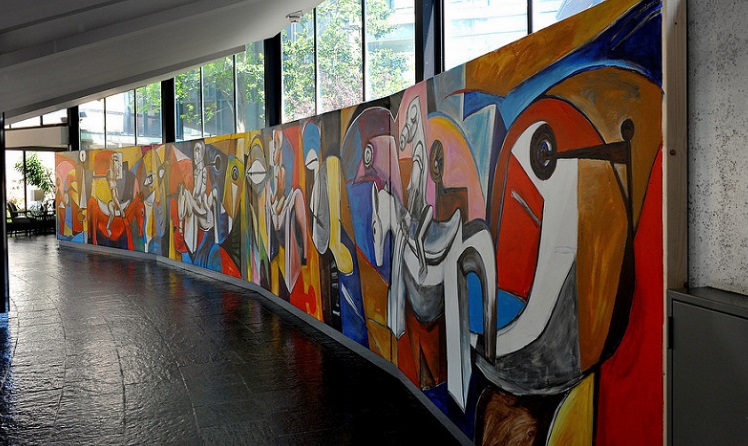 Listen to a celebrated Ghanaian art collector, investor, and co-owner of Blue Skies Seth Kwasi Dei speak about his collection.

A renowned Ghanaian businessperson and art collector, Seth Dei is the founder of the Dei Center for the Study of Contemporary African Art in Accra Ghana. He has dedicated his life to the collection and preservation of West African art, acquiring hundreds of paintings over the past decades. Dei believes the first priority for Ghana should be to build a new museum of contemporary art so the world can see what is here.

Seth Dei described how he entered the art world: “I went to school in the US, a prep school in Massachusetts in 1961 through 1963. That’s when I became acquainted with the arts. I grew to love art there. In 1973, I went to Cornell University and got a full scholarship. With my pocket money, I started buying some prints here and there. I remember the first prints I purchased were watercolors. Then, I bought my first painting in 1963. After I finished Cornel in 1967, I went to business school, and subsequently got a job. By then, I was generating more money and I could afford to buy one or two paintings.

In 1973, I changed jobs. I got a much bigger job, which meant more cash was coming in. Naturally, I started buying more paintings and became more or less obsessed with collecting. At first, I didn’t have any clear vision of what kind of collection I wanted to have. What I did decide though is that I could relate more to art by black artists, and later on, by African artists. So the collection began to take on a theme.

I came back to Ghana in 1992. From the US in 1975, I went straight to Cote D’Ivoire. I lived there for 20 years. So I was back in Africa and I began to collect mostly West African paintings, by Senegalese, Ghanaian, and Malian artists. Then in 1992, when I came back to Ghana, I decided to focus on contemporary Ghanaian art. Now, the core of the collection has become contemporary Ghanaian art. I would say that I have paintings by all the important artists in Ghana. It has become the largest private collection in Ghana.

Our ultimate aim is to donate the collection to the National Museum, assuming the National Museum will be able to take good care of them one day. Right now, they can’t. There is very poor management, they don’t have the proper staff and conservation efforts are slim. For now, the paintings will remain with us. Maybe, long-term we will build a Museum of Contemporary Art in Ghana with better management.”