Age of Discovery, Portugal and the Trans-Atlantic Slave Trade

Age of Discovery, Portugal and the Transatlantic Slave Trade

Portuguese in search of slaves, and other money making trading goods in Africa during The Age of Discovery.


The Portuguese brought the first slaves in 1444 from Northern Mauritania in Africa.

Age of Discovery, Portugal and the Transatlantic Slave Trade

Born around 1394 Infante Dom Henrique de Avis also known as Henry the Navigator or Prince Henry is looked upon as a significant patron of the Age of Discovery. His father King John I conquered Ceuta in 1415. Ceuta is a small Spanish territory that lies just 18 miles from Gibraltar in North Africa.

Prince Henry began an agenda to seek out direct sea trade routes to gain access to the gold trade in West Africa. In 1460 Henry the Navigator died but the exploration of Africa by Europeans continued, the Age of Discovery lived on. 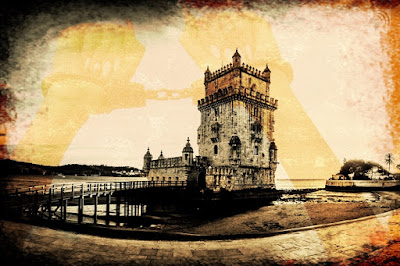 The Portuguese brought the first slaves in 1444 from Northern Mauritania. King John II of Portugal continued the work of Henry the Navigator by appointing Diogo Cão to explore and further open up the African coast.

Diogo Cão was born in 1452 and was the first European known to travel into the Congo and to explore West Africa in 1482, present-day Angola and Namibia.

The discovery operations lead by Diogo Cão, the Portuguese were able to travel down the western coast of Africa initiating slave trade relations that grew into the Transatlantic Slave Trade.

The Portuguese built the first slave fort in 1481, on the coast of modern Ghana. This was Elmina Castle, the headquarters of the Portuguese slave traders.

Portuguese where prolific in the enslavement of Africans; millions of enslaved Africans were captured and sold before the
Transatlantic Slave Trade was declared illegal and enforced.

Lisbon is the capital and the largest city of Portugal and was the major port involved in the Portuguese slave trade. From here, ships went to West Africa and took enslaved Africans across the Atlantic Ocean to the Portuguese-owned colony of Brazil.

This leg, called the Middle Passage, took the Africans away from their homeland, across the Atlantic Ocean to the Americas. Once there they were sold and would work on the European-owned plantations.

Conditions on the Middle Passage were hard. The ship’s hull might hold 100 or 700 slaves. Most of the enslaved Africans did not live by the coast.
Men were chained together, to prevent rebellion. The conditions they lived in can only be imagined.