When the dog was betrayed by her friends, she lost trust in her life. She trusted her friends as they had a sworn promise that they would not ever hurt, fight or betray one another. Why the dog hates the hawk, eagle and rat African folklore story is a tale of betrayal, heartbreak and long lasting grudges. 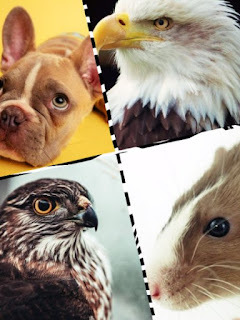 One day a Dog, Hawk, Eagle and Rat planned to take a trip together, but before starting they promised not to abandon and fight each other in any matter that comes up during the journey.

They had not gone very far when Eagle saw a bunch of unripe palm-nuts, and said" When these palm-nuts are ripe, and I have eaten them, then we will proceed on our way."

They waited many days until the palm-nuts ripened and were eaten by the Eagle, then they started again.

A little while later, the Hawk caught sight of a large land covered with tall grass, canes, and stunted trees, and said" When this land is burnt, and I have eaten the locusts, then we will go."

So they waited while the land was burnt, and Hawk ate her locusts from the burning grass, they were ready to start again.

But when Rat saw the land was burnt, she said " We remain here until the grass and canes have grown again, so that I may eat the young canes, for remember we agreed not to oppose or fight each other on this journey."

They waited there for six months until the canes grew again, and Rat had eaten the young stalks.

Once more they started on their travels, and on reaching a large forest Dog said" Now I will dry my nose."

Her companions answered "All right, while your nose dries we will look for firewood."

The Rat and Hawk collected the firewood, and the Eagle lit a huge fire.

The Dog put her nose near the fire, but every time it dried she made it wet again by licking it. They remained in the forest for a long time, but the Dog's nose never became dry.

Her friends became annoyed, and Hawk and Eagle flew away, leaving the Rat and the Dog alone.

At last the patience of the Rat was exhausted, and she, too, ran away but the Dog chased her to kill her out of anger, and this is the reason why Dog hates Eagle, Hawk and Rat.

They broke their promise not to abandon and fight each other in any matter that comes up during the journey, however they would not wait until the Dog's nose was dry.