African populace who are not considered poor

Three in ten Africans in Nigeria, Sierra Leone, Madagascar, and Zimbabwe are not considered poor. In eighteen African countries 50% of residents live on more than $1.90 per day. When it comes to measuring monetary poverty, the $1.90 benchmark is used to assess how well people are doing relative to the basic needs. Nigeria is the most populated country in Africa and hosts Africa's richest and poorest populations.
Nigeria’s Aliko Dangote is an industrialist currently worth 12 billion US dollars. He founded the Dangote Group which controls much of Nigeria’s commodities trade. This business tycoon and philanthropist is referred to as ‘the golden child of Nigerian business circle. He once drove a taxi cab on the streets of London to fund his education. 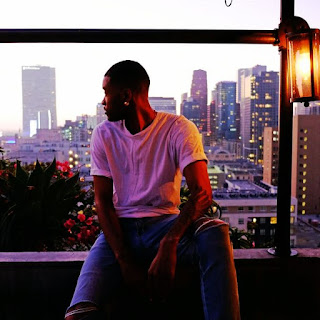 Africa now accounts for most of the world’s rich and poor, and unlike most of the rest of the world, the total number of rich and poor is increasing due to success in the tech market, oil and mineral growth. Most of Angola's capital city population lives in poverty on the outskirts of the city but in the center, Angola's capital city Luanda is the priciest city to live in the whole of Africa.

In Luanda, you must have very deep pockets for housing, transport, clothes, food and entertainment and everything else in-between. Luanda was judged the costliest city due to the expense of goods and security.

When it comes to measuring monetary poverty, the $1.90 benchmark is used to assess how well people are doing relative to the basic needs. Almost half the world lives on less than US$5.50 per day with around 25% of this number living on less than US$3.20 per day.

But the population of Africa is young, very young in fact. The median age in Africa is 21 years old. Niger average age is 14.8, the youngest African country and the youngest country in the world. The African islands of Seychelles is the oldest African country with an average age of 36.8. Most young people are go-getter city dwellers not setting for living on $1.90 per day.

According to the most recent estimates, in 2015, the poorest African citizens disproportionately live in rural areas and the more well-to-do live in expensive cities, Nigeria, South Africa, Egypt, Algeria and Morocco are Africa's five richest countries with the best economies. Nigeria is the most populated country in Africa and hosts Africa's richest and poorest populations.

While three in ten Africans in Nigeria, Sierra Leone, Madagascar, and Zimbabwe are not considered  officially poor, poverty is on the rise in several countries in Sub-Saharan Africa, as well as in fragile and conflict-affected states.
Poverty encompasses a shortfall in income and consumption, but also low educational achievement, poor health and nutritional outcomes, lack of access to basic services, and a hazardous living environment.
Did you know? In October 2015, approximately 10% of the world’s population lived in extreme poverty, the lowest poverty rate in recorded history and a $1.90 at 2011 international prices became the new international poverty line (IPL).