Egyptians love growing, eating and revering onions; walking onions were used as hieroglyphics and the rings inside round onions were thought of as a cosmic symbol of the universe. The Onion, if suspended in a room, possesses the magical powers of attracting and absorbing sicknesses, they were used during burials of Pharaohs.

What are Hieroglyphics? Egyptian Hieroglyphics are characters in which symbols represent objects and ideas read from left to right. Hieroglyphics can be pictures of living creatures such as an owl, objects used in daily life such as a basket or symbols such as lasso.

The Onion was also formerly held in the highest esteem as a religious symbol in the divinations of the Egyptians. To dream of Onions is considered of evil augury, portending sickness and misfortune.

Egypt, Sudan and Algeria are the three leading onion producing African countries in the world.

Whole uncut raw onion bulbs can be stored for without deteriorating in a cool, dry, dark place for around 2-3 months. In many Egyptian onion-growing regions, it is a major source of income for rural families who sell their produce in local, regional and international markets. 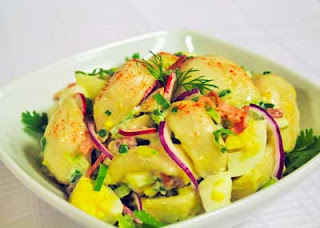 To taste salt and pepper

Cook, peel and dice the potatoes. Peel and chop the eggs. Place the potatoes, eggs, white onions and green onions, parsley, and oil in a large salad bowl. In a separate bowl, crush the garlic with the salt, add lemon juice and stir. Add the dressing to the other ingredients and toss. Serve chilled.

Did you know? Egypt walking onions are also known as tree onions can withstand below zero temperatures. Many tree onions are very strong flavored, although some plant varieties are mild and sweet.

What do the hieroglyphics symbols mean?

A an Egyptian vulture
B a foot
C a basket with handle
D a hand
E a reed
F a horned viper, an Egyptian snake
G a jar-stand
H a reed shelter
I a reed
J a cobra
K the basket with the handle
L a lion
M an owl
N a zigzag symbol for water
O a lasso
P a square stool
Q a symbol for the slope of a hill
R a mouth
S a piece of linen folded over
T a bun
U a quail chick
V a horned viper
W a quail chick
X a basket and folded linen
Y two reeds
Z a door bolt
CH a hobble
KH a ball of string
SH the rectangle which is the symbol for land