How big is the UN and what does it do in Africa?

The United Nations is a powerful worldwide organization and the most represented entity in the world. Nairobi Kenya is where the UN Headquarters in Africa is located.

The two main offices of United Nations (UN) in Africa are in Nairobi, Kenya and Addis Ababa, Ethiopia. There are 17 specialized agencies through negotiated agreements that work on behalf of the UN and many other funds and programs throughout the continent of Africa working with the UN to carryout uphold international law, deliver humanitarian aid, protect human rights, promote sustainable development and maintain international peace and security. 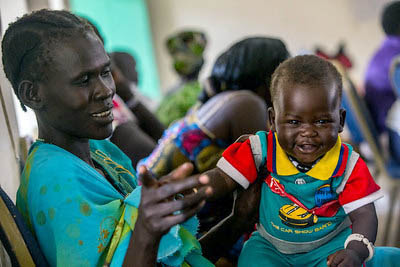 UN funds and programs are distinctly different from specialized agencies. Funds and programs are established by a resolution of the UN General Assembly and have a focused mandate. They are funded either mainly or entirely through voluntary contributions and have a governing body that reviews their activities. However, specialized agencies are legally independent of the United Nations and have separate budgets, members, rules, and personnel.

How big is the UN, well, it's huge. The UN has 17 specialized agencies, 12 funds and programs, 2 jointly financed bodies, 5 research and training institutes and 7 UN system organization entities and 8 other entities and bodies throughout Africa.

There are six official languages of the UN; Arabic, Chinese, English, French, Russian and Spanish. Official languages are the languages in which all official United Nations documents are made available explaining the roles and purpose of the UN in Africa and the world.

What programs, funds, and specialized agencies make up the United Nations in Africa? 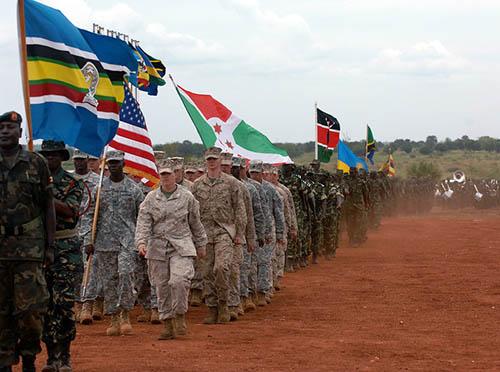 Saint Vincent and the Grenadines term ending in 2021. 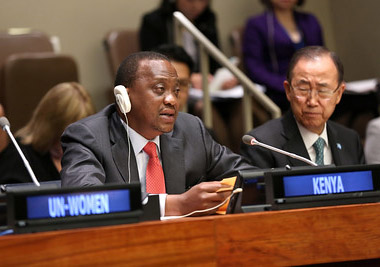 Listing of UN specialized agencies and funds and programs in Africa.


The 17 specialized agencies of the UN in Africa:

UNESCO
United Nations Educational, Scientific and Cultural Organization (UNESCO)
The UN Educational, Scientific and Cultural Organization (UNESCO) was established in 1945 to promote the aims set out in article 1, para. 3 of the UN Charter. Its purpose, as stated in article 1 of its Constitution, is to contribute to peace and security by promoting collaboration among nations through education, science and culture.

World Bank Group
Since inception in 1944, the World Bank has expanded from a single institution to a closely associated group of five development institutions.

UPU
Universal Postal Union (UPU)
The Universal Postal Union (UPU) was established by the Berne Treaty of 1874 and became a specialised agency of the UN in 1948. Article 1 of the Vienna Constitution 1964 states that the aim of the Union is to secure the organisation and improvements of postal services, promote the development of international collaboration and undertake, as far as possible, technical assistance in postal matters requested by members countries. To this end, the countries that have adopted the Constitution comprise a single postal territory.

The Department of Global Communications tells this UN story across multiple platforms, digital and traditional, to build support for the aims and work of the United Nations. Through global operations and offices in 60 countries, communicating in more than 80 languages and reaches millions of people with information and inclusive messages that enables the public, civil society, private sector and Member States to engage in the work of the United Nations.

IMO
International Maritime Organization (IMO)
The International Maritime Organization (IMO) is the UN specialised agency responsible for the safety of life at sea, maritime security and the protection of the marine environment through prevention of sea pollution caused by ships. It facilitates cooperation among governments to achieve the highest practicable standards of maritime safety and security, and efficiency in navigation.

World Tourism Organization (UNWTO)
UNWTO is the UN's specialised agency in the field of tourism. It provides leadership and support to the tourism sector in the advancement of sustainable policies, practices and actions. Through the promotion and development of responsible, sustainable and universally accessible tourism, UNWTO endeavours to maximise tourism's contribution to socio-economic growth, job creation, development, environmental conservation, cultural enrichment and international understanding, while minimizing negative social or environmental impacts. It pays particular attention to the interests of developing countries. 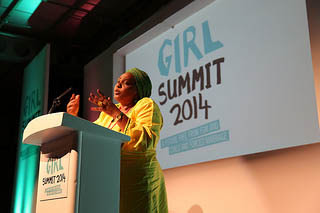 UN funds and programs throughout the continent of Africa:


UNCTAD
United Nations Conference on Trade and Development (UNCTAD)
UNCTAD promotes the integration of developing countries into the world economy. Its work aims to help shape policy debates and thinking on development, with a particular focus on ensuring that domestic policies and international action are mutually supportive in bringing about sustainable development.

UNDP
United Nations Development Programme (UNDP)
The UN Development Programme (UNDP) is the United Nations lead agency for the UN development system. Its objective is to build inclusive, sustainable and resilient societies. It has a presence in 176 countries and territories, and provides expert advice, training and financial support. Special attention is paid to the needs of the Least Developed Countries (LDCs) and countries emerging from conflict.

UNHCR
Office of the United Nations High Commissioner for Refugees (UNHCR)
The work of the Office of the UN High Commissioner for Refugees (UNHCR) is humanitarian and non-political. Its principal functions are to provide international protection to refugees and other persons of concern, including stateless people, and to seek durable solutions for them. Protection includes preventing refoulement (the involuntary return of a refugee or a person of concern to a country where he or she may have a well-founded fear of persecution) and ensuring that host countries follow international norms in the treatment of refugees.

UNFPA
United Nations Population Fund (UNFPA)
The UN Population Fund (UNFPA) is a United Nations development agency that promotes the right of every woman, man and child to enjoy a life of health and equal opportunity. UNFPA supports countries in using population data for policies and programmes to reduce poverty and to ensure that every pregnancy is wanted, every birth is safe, every young person is free of HIV, and every girl and woman is treated with dignity and respect.

UN WOMEN
UN Women was established in July 2010 by the General Assembly, resolution 64/289, to improve the coordination and coherence of gender equality and empowerment of women, and promote more effective gender mainstreaming across the UN system. It consolidated the work of four UN gender entities: the UN Development Fund for Women (UNIFEM), the Division for the Advancement of Women, the Office of the Special Adviser on Gender Issues, and the UN International Research and Training Institute for the Advancement of Women.

United Nations Office for Project Services (UNOPS). The UN Office for Project Services' (UNOPS') mission is to expand the capacity of the UN system and its partners to implement peace building, humanitarian and development operations that matter for people in need. Working in some of the world's most challenging environments, UNOPS' core services include project management, procurement, human resources management, fund management and UN common services. 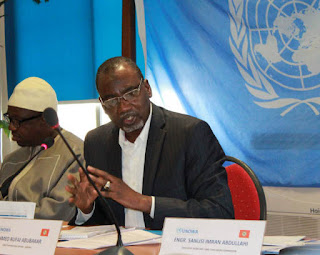 UN other entities and bodies in Africa: