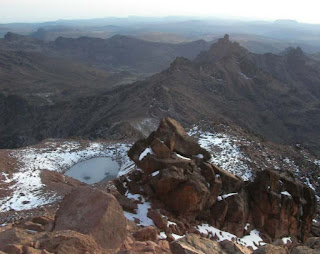 Possessor of all NgaiKere-Nyaga also is known as Mount Kenya is a place for prayers and sacrifices. The common name used when addressing “the possessor of all” is Ngai. Numbering about 6 million Kikuyu people are the largest ethnic group in Kenya.While praying the Gikuya the people were to address Ngai as Mwene-nyaga. The Kikuyu name for Mount Kenya is also Mwene-nyaga. The Kikuyu God and possessor of all is Mwene-nyaga meaning owner of the snow, possessor of brightness or possessor of the white patch.
Mwene-nyaga, lives on Mount Kenya, is also known as Kere-Nyaga. The Kikuyu pray under large sacred trees such as fig trees and this is where Mwene-nyaga is praised and prayers and sacrifices are offered.
Mount Kenya is regarded as a holy mountain by the Kikuyu and Meru communities. They use the mountain for traditional rituals based on the belief that their traditional God Ngai and his wife Mumbi live on the peak of the mountain.Kikuyu Tribe Creation Story
Mogai, the sectionider of the universe called a man named Kikuyu to him and took him to the top of Kere-Nyaga (Mount Kenya). Mogai pointed out the lush lands and informed the Kikuyu man all is his, if he is ever in need, raise his hands toward Kere-Nyaga and pray.Mogai provided a wife to Kikuyu named Moombi and they created nine beautiful daughters. However, Kikuyu wanted a son to carry on his name. Mogai told Kikuyu not to worry and make sacrifices to the mountain Kere-Nyaga where the God Ngai lives but he must do this while standing under a fig tree.Mogai told Kikuyu if he did as told he would be blessed with nine handsome strong young men to marry his beautiful nine daughters.Kikuyu did as he was told making sacrifices to Kere-Nyaga. When he returned to the fig tree in the morning, he found nine young men waiting patiently under the fig tree.
The men married Kikuyu daughters and continued to live on the land for generations still praying and giving thanks to the mountain Kere-Nyaga where the God Ngai dwells.About the Kikuyu Tribe of Kenya
Today, most Kikuyus are Christians. The Kikuyus, also known as Gikuyu or Agikuyu, are known as a tribe that has a lot of political and economic influence in Kenya. Kikuyus speak the Kikuyu language, and most of them claim the fertile central highlands and Mount Kenya as their birthplace.The local community unit is the mbari, a patrilineal group of males and their wives and children ranging from a few dozen to several hundred persons. Beyond the mbari, the people are sectionided among nine clans and a number of subclans.The Kikuyu tribe is a Bantu tribe that neighbors the Embu, Mbeere, and Meru tribes around Mount Kenya. Although many Kikuyus have migrated to the main urban city of Nairobi and other towns, their territories still remain along Mount Kenya and the central highlands, including Nyeri, Muranga, Kiambu, and Kirinyaga regions of Kenya.When it comes to food, music, marriage ceremonies and everyday family life, most Kikuyus still uphold their cultural traditions. In addition to maintaining their economic stability, the Kikuyu tribe have continued to dominate leadership and politics in Kenya.
Because they resented the occupation of their highlands by European farmers and other settlers, the Kikuyu were the first native ethnic group in Kenya to undertake anti-colonial agitation, in the 1920s and ’30s. They staged the Mau-Mau uprising against British rule in 1952 and spearheaded the drive toward Kenyan independence later in the decade.

On December 12, 1963, Kenya became the 34th African state to gain independence. Jomo Kenyatta was a Kenyan statesman and the dominant figure in the development of African nationalism in East Africa. His long career in public life made him the undisputed leader of the African people of Kenya in their struggle for independence.

In May 1928, Kenyatta launched a monthly Kikuyu-language newspaper called Mwigithania, He Who Brings Together, aimed at gaining support from all sections of the Kikuyu. During the 1930s Kenyatta briefly joined the Communist Party, met other black nationalists and writers, and organized protests against the Italian invasion of Ethiopia.

Kenyatta returned to Kenya in September 1946 to take up leadership of the newly formed Kenya African Union, of which he was elected president in June 1947.

In August 1950 the Kikuyu group, the Mau Mau was officially banned and in 1951, began a guerrilla war against the settlers and colonial government, leading to bloodshed, political turmoil. During 1951, cases of arson were reported late that year and in early 1952. Nervous white settlers pressed for a state of emergency looking on Mau Mau as an African fanatical subversive movement. 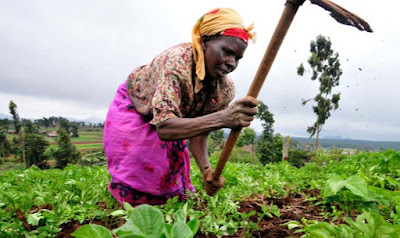 Hundreds of Black Africans were stabbed to death, and houses were burned in the Mau Mau attacks. In October 1952, the assassination of Senior Chief Waruhiu brought European demands that resulted in the declaration of an emergency on October 20, 1952.

Kenyatta was criticized by the British and put on trial in November 1952 with five others (182 were arrested) for helping to inflame and oversee the Mau-Mau group. One defendant, Achieng Oneko, was acquitted by the Kenya Supreme Court.

Jomo Kenyatta was released by British colonial authorities after nearly nine years of imprisonment and detention. Once portrayed as a menacing symbol of African nationalism, he brought stability to the country and defended Western interests during his 15 years as Kenyan leader.

At 5,199 meters or 3.2 miles high, Mount Kenya is the second-highest peak in Africa. It is an ancient extinct volcano sacred to the Kikuyu. During Mount Kenya period of activity around 2.8 million years ago is thought to have risen to 6,500 meters.

There are 12 remnant glaciers on the mountain, all receding rapidly, and four secondary peaks that sit at the head of the U-shaped glacial valleys. With its rugged glacier-clad summits and forested middle slopes, Mount Kenya is one of the most impressive landscapes in East Africa. The area also lies within the traditional migration route of the African elephant.

African elephants can be found across central and southern Africa. The largest land mammal in the world, a bull African elephant can weigh more than 13,000 pounds. African elephants are known to travel in family herds with females and their calves staying together for many years.

For centuries, elephants have been hunted for their tusks, either for trophies or for the art of ivory carving and jewelry making. Although the tusks or teeth of several mammal species including warthog, walrus, hippopotamus, and several whales are used as ivory, the tusks from African elephants and Asian elephants are most desired by the global ivory market.

The demand for elephant ivory led to devastating declines in the number of these giant animals, particularly in the 1970s and 1980s. Despite international efforts to control the ivory trade and stop the decline of elephant populations, prices and demand for ivory remain high, resulting in continued poaching of elephants for their tusks. Poaching and habitat loss are the major threats to African elephants today.

In 1990, after nearly a decade during which African elephant populations dropped by almost 50%, the species was moved to Appendix I of CITES. In 1997, some recovering populations were moved back to Appendix II with strict limitations on trade in ivory.

A marked climatic gradient exists between Mount Kenya with its glaciers and snowfields at high elevations in the south and the northern area to Samburu National Park. The southern area experiences the tropical climate of the Kenyan Highlands whereas and northern areas have the semi-desert climate of Eastern Kenya.

The rate of desertification, degradation of water sources including the shrinkage of glaciers on Mount Kenya is accelerating. Climate change is probably one of the most serious long-term threats to the site.

Glaciers are melting fast and appear destined to disappear altogether within a few decades. As the climate warms the vegetation zones can be expected to shift higher up the mountain.
Famous Kikuyu Tribe Members