Cyclone Idai has affected over 1.7 million people and killed over 700 across southern Africa. 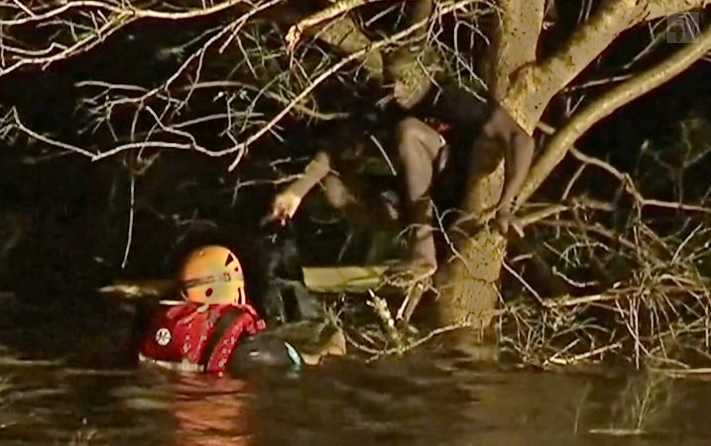 The Category 2 storm, Cyclone Idai made landfall shortly after midnight on March 15, 2019 in Beira, a port city on the coast of Mozambique, with 175 kph (109 mph) winds that brought huge rains and submerged villages as it moved inland towards Zimbabwe and Malawi.

After hitting Mozambique, Cyclone Idai tore into Zimbabwe and Malawi killing many people as they slept. The United Nations has confirmed that 259 lives have been lost in Zimbabwe and 56 in Malawi. But the United Nations said officials will only be able to determine the final casualty figure once the flood waters have receded.

Mozambique's Minister of Land and Environment, Celso Correia, said on Sunday that 446 people have now been reported dead in Mozambique. More than half a million have been affected in the country and Beira took the full brunt of Cyclone Idai, with aid agencies reporting that 90% of the city had been destroyed by the storm.

Cholera cases have already been reported in Beira, and there is an increasing number of malaria infections among those trapped by the flooding, according to the International Federation of the Red Cross and Red Crescent Societies. The government is setting up cholera treatment centers in affected areas.

The high commissioner for Mozambique in the UK, Filipe Chidumo, last week called Cyclone Idai "a big tragedy of biblical proportions." Chidumo added the restoration of electricity, water and sanitation facilities would be needed to prevent the spread of waterborne diseases.

Some 1.7 million people are said to be affected across southern Africa, with no electricity or running water in areas where homes have been swept away and roads destroyed by the floods.

Did you know?
The only difference between a hurricane, a cyclone, and a typhoon is the location where the storm occurs. Hurricanes, cyclones, and typhoons are all the same weather phenomenon, different names for these storms in different places.