How to use fresh tamarind

Tamarind fruit is very popular in many regions of Africa and the Caribbean. The pulp is sour and is regularly used to create delicious tamarind tea.


Directions
Place all ingredients into a pot and mix well. Serve hot or cold.

Did you know?
Tamarindus indica or tamarind tree is native to tropical Africa; the tree grows wild throughout the Sudans, Madagascar and most of tropical Africa. 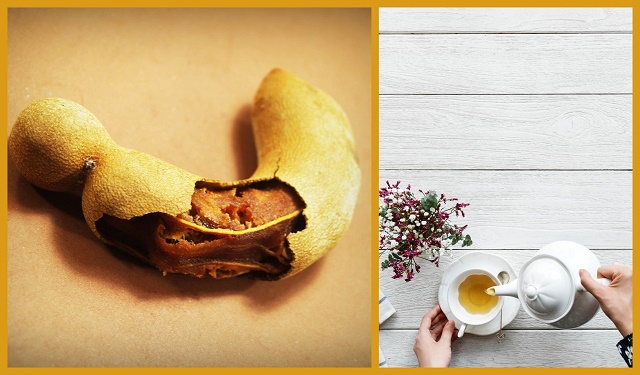