You are not a hero African proverbs and quotes


Bravery African proverbs and quotes from ancestors teaches people are weak rather than strong when people pick fights with those they think are more vulnerable and weaker than themselves.


A hero is a person who is admired or idealized for courage, outstanding achievements, or noble qualities. Bravery is courageous behavior or character but when you pick fights with someone weaker than you, you are not a hero or brave. 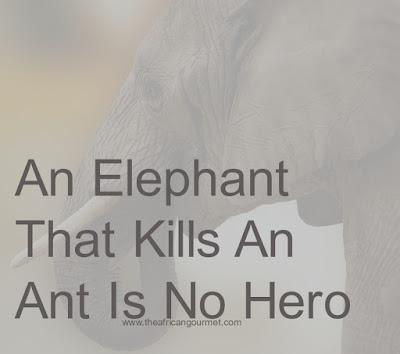 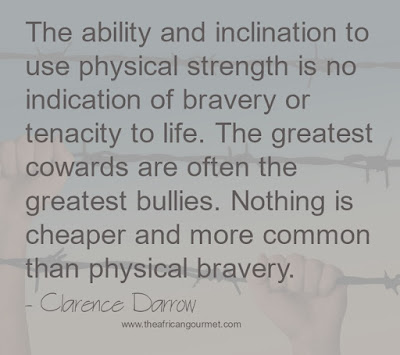 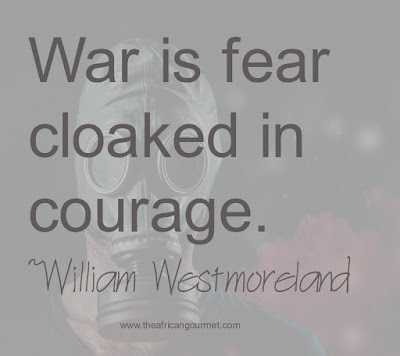