In Africa, a large proportion of the population is still dependent on small-scale agriculture for food.

The lack of infrastructure in rural areas presents a major obstacle since without rural farmers, and communities, there is no food system. Increasing demand for food, and shrinking farming sector African diets are moving away from traditional staple crops to processed foods. 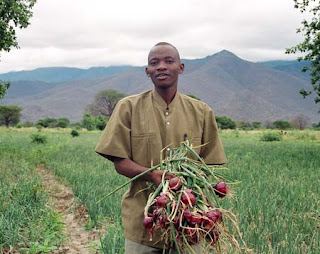 By 2015, the urbanized share of population reached 49 percent and the urban population had increased to almost 3 billion. Africa’s rate of urbanization is now the world’s fastest, with the urbanized population projected to increase from 470 million in 2015 to 770 million by 2030.

In Africa, 60 percent of urban food demand comes from these small cities and towns. Traditional crops such as yam, sorghum, millet, and teff have been ground in Africa for centuries. The traditional hand tools and techniques for threshing, winnowing, and milling has changed little in 3,515 years and is still commonly used throughout Africa.

More so than in other continents, Africa is dominated by family farming, which relies mainly on family labor. Rural African diets are influenced by mainly subsistence farming specific to the geographical region.

In some regions, rice is the main crop while in others harvesting of wheat supplemented by fruits and vegetables comprises the bulk of daily food intake. In addition to increasing demand for food, people with higher incomes in urban areas are also creating a shift in dietary patterns. 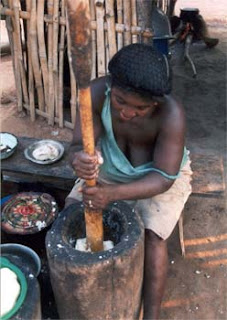 Diets are moving away from traditional staple crops towards higher-value products, like dairy, fish, fruits, vegetables, and animal-proteins, as well as more processed food.

Workers leaving agriculture and unable to find jobs in the local non-farm economy often turn to seasonal or permanent migration. The challenge is especially critical as, between 2015 and 2030; the population in Africa and Asia is forecasted to increase from 5.6 billion to over 6.6 billion.

In the same period, the number of young people aged 15-24 years is expected to grow by about 100 million to 1.3 billion worldwide. Providing decent employment to millions of young people entering the labor market is one of the challenges the world will have to face.

The lack of infrastructure presents a major impediment for farmers to take advantage of urban demand for fresh fruit, vegetables, meat, and dairy. These higher value nutritional products require storage facilities, refrigerated transportation systems and other infrastructure that many developing countries lack. 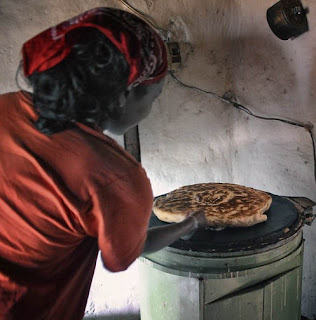 Better infrastructure would not only help rural development but would reduce urban centers reliance on imports and would improve general access to nutritious foods.

Urbanization and dietary changes in both rural and urban areas are driving the transformation of food systems. As urban areas tend to have higher incomes than rural areas, the individual urban household’s food budget is larger.

Therefore, city dwellers in Malawi, Uganda, the United Republic of Tanzania, and Zambia consume, on average, 48 percent of food produced and sold, although they make up only 25 percent of the total population.

Africa has enormous potential, to not only feed itself and eliminate hunger and food insecurity but also to be a major player in global food markets. Agriculture forms a significant portion of the economies of all African countries. Agriculture employs 65 percent of Africa’s labor force and accounts for 32 percent of gross domestic product and urbanized food will have a major impact.

Hunger is an uncomfortable or painful physical sensation caused by insufficient consumption of dietary energy. It becomes chronic when the person does not consume a sufficient amount of calories on a regular basis to lead a normal, active and healthy life.

Today, it is estimated that over 821 million people are going hungry. Climate change affecting rainfall patterns and agricultural seasons, and climate extremes such as droughts and floods, are among the key drivers behind the rise in hunger, together with conflict and economic slowdowns.

What is food insecurity?

Food security is understood, as the right to feed oneself in dignity, the right to adequate food is a long-standing international human right to which many African countries are committed. A person is food insecure when they lack regular access to enough safe and nutritious food for normal growth and development and active and healthy life.

This may be due to the unavailability of food and/or lack of resources to obtain food. Food insecurity can be experienced at different levels of severity. When someone is severely food insecure, they have run out of food and gone a day or more without eating. In other words, they have most likely experienced hunger.

For those who are moderately food insecure, access to food is uncertain. They might have to sacrifice other basic needs, just to be able to eat. When they do eat, it might be whatever is most readily available or cheapest, which might not be the most nutritious food.

The rise in obesity and other forms of malnutrition is partly a result of this phenomenon. Highly processed foods that are energy-dense, high in saturated fats, sugars and salt are often cheaper and easier to come by than fresh fruits and vegetables. Eating those foods may mean your daily requirement of calories is met, but you are missing essential nutrients to keep your body healthy and functioning well. 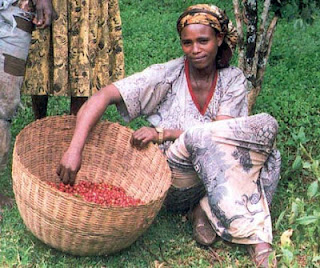 In addition, the stress of living with uncertain access to food and going periods without food can lead to physiological changes that can contribute to overweight and obesity. Children facing hunger, food insecurity and undernutrition today may have a higher risk of overweight, obesity and chronic diseases like diabetes later in life. In many countries, undernutrition and obesity coexist and both can be consequences of food insecurity.

In Africa, a large proportion of the population is still dependent on small-scale agriculture for food. Therefore, policies that alter land use and farming systems at the subsistence level have a direct effect on food availability, access and consumption.

Traditional systems of land use, farming practices, and cropping patterns are all changing as small-scale farmers face-growing demands from markets and government to increase productivity. The farmers are required simultaneously to produce a food surplus for urban consumption, to feed and maintain their own households and often to increase their output of selected cash crops for export. These diverse demands often put a considerable strain on the land, labor and time of the farming household leading to food insecurity and possibly hunger.