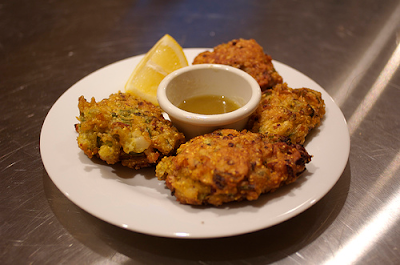 When you are in the mood for crispy fried foods try Obuwunga Ugandan fried cassava fritters. Cassava is one of the most important foods in the African country of Uganda.


In a large frying pan heat vegetable oil. Add all ingredients, mix well until a soft dough forms. Form small flat fritters, fry until golden brown about 3 minutes on each side. Drain on paper towel to remove excess oil. Serve as a snack.