Call on the spirits of your ancestors

Spirituality means something different to each person. Spirituality is an internal journey that connects you to phenomena outside yourself. Never close you mind, stay open to seen and unseen communication from the ancestors. Call on the spirits of your engaging, loving, evolved ancestors

African Spirituality | Call on the spirits of engaging loving ancestors

Ancestors can help cross-dimensionally, there are so many things your ancestors want you to know. We all have ancestors, both of blood and of spirit, and each of our lives rests firmly on the foundation of their sacrifice. 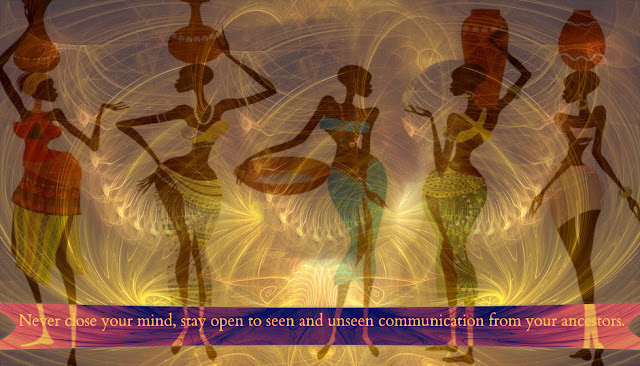 Call on the spirits of your ancestors they want you to know...

We are all ghosts. We all carry, inside us, people who came before us.

We only part to meet again.

Tomorrow is pregnant and no one knows what she will give birth to.

Cultivate quietness in your speech, in your thoughts and in your emotions.

Rejoice in searching out ancestors because we allow the Spirit to inner into our heart.

My dear child, our souls will always be connected.

People will not look forward to posterity who never looks backward to their ancestors.


Call on the spirits of your ancestors

By Chic African Culture Photographed in Kenya Africa Date uploaded: Aug 06, 2017 Spirituality means something different to each person. Spirituality is an internal journey that connects you to phenomena outside yourself. Never close you mind, stay open to seen and unseen communication from the ancestors.