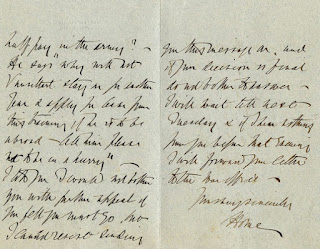 I will not be ignored!


Zondeni Veronica Sobukwe wife of Robert Mangaliso Sobukwe, founding member and first president of the Pan Africanist Congress (PAC) and Robben Island prisoner waged an 8-year letter writing war against the apartheid government and refused to be ignored.
Zondeni Veronica Sobukwe is a black South African woman whose husband Robert Mangaliso Sobukwe on May 4, 1960, was sentenced to three years in prison charged with sedition and incitement to riot for leading South Africans to demand the repeal of the pass laws.

At the end of his three-year sentence on May 3, 1963, Parliament enacted a General Law Amendment Act and included the Sobukwe Clause, which legally permitted the Minister of Justice, Frans Christiaan Erasmus to prolong the detention of any political prisoner indefinitely.
The Sobukwe Clause was renewed every year and Sobukwe remained at Stoneyard in Benoni then he was then taken to Stofberg, from there to Witbank, from Witbank to central jail where he spent three years. After that, he was transferred to Robben Island to serve the remainder of his time indefinitely mostly in solitary confinement.
Mrs. Sobukwe requested a hearing with the South African Truth and Reconciliation Commission and on May 12, 1997, under oath stated, “He was not even re-arrested, he had completed his sentence, on that day I was knitting jerseys for the children. My husband said that I must cook him dinner because he was coming back home. When I went to visit him, I was told that he was transferred to Robben Island under the Sobukwe Clause.”

“Nothing came to my surprise or shock, because from the day I met him he was in the struggle and he died in the struggle. Everything was to be expected. I was not too grieved, in the sense that I expected these things.” - Zondeni Veronica Sobukwe wife of Robert Mangaliso Sobukwe, founding member and first president of the Pan Africanist Congress (PAC) and Robben Island prisoner.
Mrs. Sobukwe challenged through her numerous letters the inadequate medical treat her husband received from doctors Robben Island. Not one of her multiple requests for meetings with her husband’s doctors or specialists were granted. Mrs. Sobukwe stated, “All those doctors that examined my husband whilst he was in custody, the Government of the National Party must give me answers. Why was he in solitary confinement?” during the Truth and Reconciliation Commission hearing.

Mrs. Sobukwe wrote letters to Prime Minister Hendrik Frensch
Verwoerd and Frans Christiaan Erasmus the Minister of Justice demanding her husband be released to obtain medical attention at home, but government officials ignored her and her requests.

She did not stop there, Mrs. Sobukwe wrote letters to lawyers requesting they intercede in order to force Robben Island's Medical officials to consult an independent doctor, but this request was also refused.

Parliament would discuss whether her husband was to be released, but they would refuse also. "I was writing twice a year asking for his release. I wanted him to be treated. In 1965 or 1966, he complained that his food was served with broken glasses."
Mrs. Sobukwe stated “Between the hours of nine and ten the police would always come. We tried to cheer ourselves up as the ladies and we would laugh, make a joke out of it. In 1969, they answered me from the very last letter I wrote in November 1968, they wrote back to me saying that they will not release my husband because they got information that he was still quite dangerous but then in May 1969, they released him without notice.”
Robert Mangaliso Sobukwe was hospitalized in 1977 due to lung cancer. His wife and doctors requested that the government allow him freedom to travel without a pass due to humanitarian reasons but the request was denied. He died on February 27, 1978, and was buried in the town of Graaff-Reinet on the Eastern Cape Province of South Africa March 11, 1978.