Story of the Bird That Made Milk

One year there was a great famine in the land. As the elders say, in the South African village of Tswe lived many, many people. The village was so large; five people had to share one grain of rice.

There was in that town a poor man, by name Masilo, and his wife. One day they went to dig in their garden, and they continued digging the whole daylong. In the evening, when they returned home there came a bird and stood upon the house which was beside the garden, and began to whistle, and said "Masilo's cultivated ground, mix together." The ground did as the bird said. After that was done, the bird went away.

In the morning, when Masilo and his wife went to the garden, they found their ground altogether undug. They looked at each other in disbelief and continued to dig again that day, and in the evening, they went home.

The bird flew in again, stood upon the house and began to whistle, and the ground did the same thing.

In the morning, when Masilo and his wife went to the garden, they found their ground undug again! Then they believed that some evil spirits bewitched them.

They continued digging that day again. But, in the evening, Masilo said to his wife, "Go home, I will stay behind to watch and find the thing which undoes our work."

Then he went and laid himself down by the in the garden, under the same house which the bird used always to stand upon. While he was thinking, the bird came. It was a very beautiful bird. He was looking at it and admiring it, when it began to speak.

It said, "Masilo's cultivated ground, mix together." Then Masilo suddenly captured the bird, and said, "Ah! Is it you who undue all of our work in the garden? "

He took out his knife from the sheath, and was going to cut the head of the bird off. Then the bird said, "Please don't kill me, and I will make some milk for you to drink."

Masilo answered, "You must bring back the work of my hands first." The bird said, "Masilo's cultivated ground, appear," and it appeared.

Then Masilo said, "Make the milk now! And, behold, it immediately made thick milk, which Masilo began to drink. When he was satisfied, he took the bird home.

On the way home, the milk bird whispered to Masilo “A greedy man always has his eye on his neighbor’s pot, keep my secret or the village children will be lost.”

When he entered his house, he said to his wife, "Wash all the largest beer pots which are in the house," but his wife was angry because of her hunger, and she answered, "What have you to put in such large pots!” Masilo said to her, "Just hear me, and do as I order you, then you will see."

When she was ready with the pots, Masilo took his bird out of his bag, and said, "Make milk for my children to drink." Then the bird filled all the beer pots with milk.

They started to drink, and when they were finished, Masilo told his children, "Beware that you do not tell anybody of this, not one of your friends." They swore by him that they would not tell anybody.

Masilo and his family then lived upon this bird. The people were surprised when they saw him and his family. They said, "Why are the people at Masilo's house so fat? He is so poor!" They tried to watch and to see what he was eating, but they never could find out at all.

One morning Masilo and his wife went to work in their garden, and about the middle of the same day the children of that town met together to play. They met just before Masilo's house. While they were playing the others said to Masilo's children, “Why are you so fat while we remain so thin? "They answered, "Are we fat? We thought we were thin just as you are."

They would not tell them the cause. The others continued to press them, and said, "We won't tell anybody." Then the children of Masilo said, "There is a bird in our father's house which makes milk!" The others said, "Please show us the bird."

They went into the house and took the bird out of the secret place where their father had placed it. They ordered it as their father used to order it, and it made milk, which their friends drank, for they were very hungry.

After drinking they said, "Let it dance for us" and they loosened it from the place where it was tied. 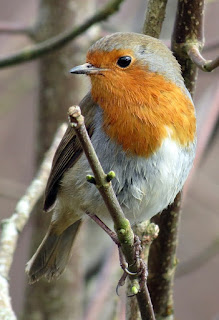 The bird began to dance in the house, but one said, "This place is too small," so they took it outside of the house. While they' were enjoying themselves and laughing, the bird flew away.

Masilo's children said, "Our father will this day kill us, therefore we must go after the bird."

So they followed it, and continued going after it the whole day long, for when they were at a distance it would sit still for a little while, and when they approached it would fly away.

When the parents returned from work, the people of that town cried for their children, for they did not know what had become of them.

But, when Masilo went into the house and could not find his bird, he knew where the children were, but he did not tell any of their parents. He was very sorry for his bird; for he knew that, he had lost his food and children forever.