Sosaties are a traditional South African kabob recipe of lamb, chicken or mutton grilled on skewers over a braai or BBQ grill. 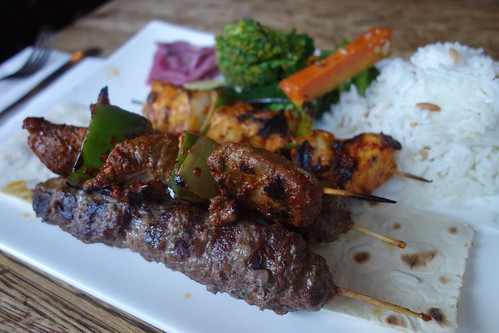 Grilled mango chicken Sosaties skewers are one of the great braai or barbeque kabob foods of South Africa.


Mix all marinade ingredients well and marinate chicken for at least 3 hours. Thread chicken, peppers and onion alternately on skewers basting with the marinade. Cook over coals for a few minutes on each side until chicken is completely cooked. 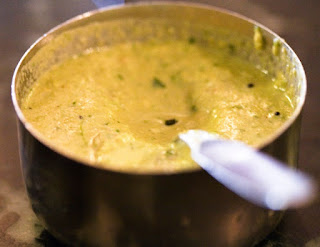 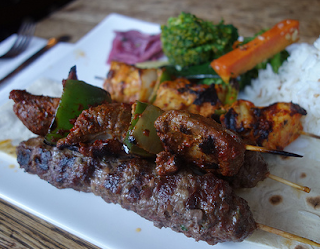