Trump's executive order 13769 on immigration bars citizens of seven Muslim-majority countries from entering the United States for the next 90 days and suspends the admission of all refugees for 120 days.

Sudan is situated in northern Africa, with a coastline bordering the Red Sea. It sits at the crossroads of Sub-Saharan Africa and the Middle East. Sudan, the Muslim population is 97%. 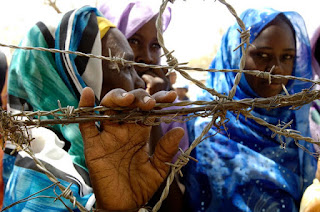 Sudan's development has been plagued by ongoing conflicts, most notably the Darfur conflict, which began around 2003 when several rebel groups took up arms against the government in Khartoum which still continue today.

Sudan's President, Omar al-Bashir, was charged with crimes against humanity by the International Criminal Court, including genocide, related to the Darfur conflict in 2010. The Sudan government policy has been to target opposition groups including tribes associated with the revolutionaries.

The violence escalated into a war, and in 2008, the UN estimated that 300,000 people might have died in the Darfur conflict, although experts say that figure has likely risen since then.  In 2016, the Sudanese government was accused last year of using chemical weapons against the people of Darfur, according to a report released by Amnesty International, which said the attacks might constitute a war crime.

South Sudan’s current conflict continues to put pressure on Sudan, with more than 100,000 having sought safety in October 2014 alone, the World Bank reports, and an additional 7,000 people fled across the border after fighting broke out in the South Sudanese capital, Juba, in July 2016. Sustained and multiple conflicts, undermine opportunities for economic and social development of Sudan.

Libya is located in Northern Africa, bordering the Mediterranean Sea, between Egypt, Tunisia, and Algeria. In Libya, the Muslim population is 97%. 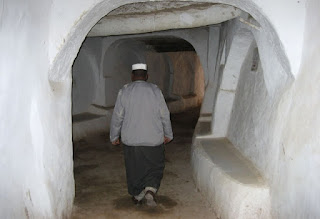 Libya was one of the wealthiest and most stable nations in Africa a few years ago. The country was led by Col. Muammar al-Qadhafi for more than 40 years after he seized power in a 1969 coup. During the 1970s, Qadhafi used oil revenues to promote his dogma outside Libya, supporting the downing of two airliners - one over Scotland, another in Northern Africa and a nightclub bombing in Berlin.

UN sanctions in 1992 reigned in Qadhafi; sanctions were lifted in 2003 following acceptance of responsibility for the bombings and agreement to claimant compensation. Qadhafi also agreed to end Libya's program to develop weapons of mass destruction, and he made significant strides in normalizing relations with Western nations.

However, within his own country, Qadhafi’s brutal crackdown on protesters in 2010 spawned a civil war and Qadhafi was eventually ousted and executed. The interim Government of National Accord or GNA as of December 2016, had not secured House approval and several elements of the Libyan Political Agreement remained stalled, resulting in rival governments continuing to operate independently. Qadhafi’s removal created a political void, and no stable government has taken his place since.

Islamic State in Iraq and Syria better known as ISIS found a stronghold in Sirte, Qadhafi’s hometown. The group was finally swept out of the city in December 2016, but the US continues to strike ISIS targets in the country. Now, three factions are fighting for power over Libya.

Somalia is located in Eastern Africa, bordering the Gulf of Aden and the Indian Ocean and bordering three countries; Djibouti, Ethiopia, and Kenya. Somalia, the Muslim population is 99.8%.

One of the world's poorest countries, Somalia descended into civil war after Dictator Siad Barre's removal in 1991. Now, after 25 years of war and conflict, much of the country's governance structure, economic infrastructure, and institutions have been destroyed. 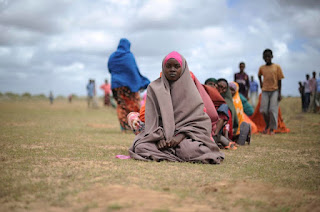 al-Shabab means The Youth in Arabic. al-Shabaab grew in size and strength over many years, carrying out attacks against government and military targets, recruiting child soldiers. On October 18, 2016, at least 10 people killed after al-Shabab fighters carry out suicide attack at a police station in Afgoye city.

al-Shabab emerged as the radical youth wing of Somalia's now-defunct Union of Islamic Courts, which controlled Mogadishu in 2006, before being forced out by Ethiopian forces. On Wednesday, February 1, 2017, 21 people died in twin blasts in the country's capital Mogadishu.  al-Shabab is currently led by Ahmad Umar, also known as Abu Ubaidah. The US has issued a $6 million reward for information leading to his capture.

On January 1, 2017, hundreds of people took to the streets in Afgoye town to protest against illegal roadblocks set up by gunmen dressed in Somali military, according to local residents. The protesters demanded the Somali government to remove the illegal checkpoints from Mogadishu-Afgoye highway. Afgoye has been a main target of al shabaab in recent months.

In Somalia, over half of the population lives in poverty, living on $1.90 per day. Human Rights Watch reports that displaced populations remain vulnerable to sexual violence and forced evictions in government-controlled areas. Government security forces, African Union troops and allied militias have been responsible for indiscriminate sexual violence.

The order, named "Protecting the Nation from Foreign Terrorist Entry into the United States," took immediate effect to bar admission to the U.S. of all people with non-immigrant or immigrant visas from seven countries -- Iraq, Iran, Libya, Somalia, Sudan, Syria and Yemen -- for 90 days. It also barred entry to all refugees from anywhere in the world for 120 days.

On Wednesday, March 8, 2017 the state of Hawaii became the first state to challenge the revised executive order, setting into motion another round of legal challenges over the plan.

Trump’s second travel ban was still being largely blocked by the courts after the latest decision was handed down Monday, June 12, 2017. Applicants from the six listed countries attempting to travel to the United States have to show a relationship with a parent, spouse, child, adult son or daughter, son-in-law, daughter-in-law or sibling in the U.S.