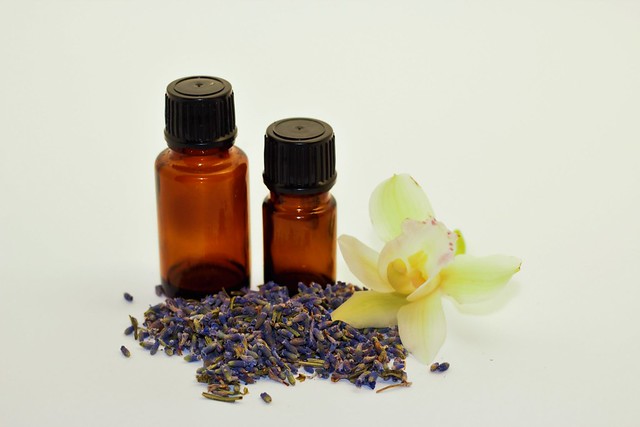 
A major producer of lavender oil in Africa is South Africa creating a wonderful tradition remedy for a foot massaging lavender oil.

Most lavender originates in the Mediterranean basin, in rocky, limestone areas. Lavender was cultivated by the ancient Greeks and Romans and in Elizabethan England. The name lavender comes from the Latin verb lavare to wash or to bathe.

The major producer of lavender oil in Africa is South Africa cultivated in Western and Eastern Cape, KwaZulu-Natal, Free State, Gauteng, Limpopo, and Mpumalanga provinces. The weather conditions in the Western Cape are very similar to the Mediterranean climate.

The plant parts used for oil distillation in making foot massage oils are the flowers and, in smaller quantities leaves. The essential oil from only the flowering tops is of higher quality than oil obtained from the leaves for a better quality massage oil.

Lavender is a frequently used household herbal remedy. The essential oil is used in aromatherapy. The leaves are also added to bathwater for fragrance and their therapeutic properties.

Sheer muslin bags filled with lavender kept in every closet, bureau drawer and chest is essential for a positive vibrational home. Instead of aerosol sprays try large jars filled with lemongrass and lavender, and spices of your choice stored in the family room and entry hall, and the lids removed for about half an hour after sweeping and dusting is complete, so a faint, indescribable perfume permeates the whole house naturally.

Essential oils obtained from spices, herbs, and medicinal plants are well-known in traditional medicine from head to the foot due to their antifungal, antibacterial and antiviral activities. Lavender is incorporated extensively in cosmetic preparations owing to its safety and sedative action. It is used in creams; it soothes the skin and can prevent the formation of permanent scar tissue.

Lavender is used in soap making, high-quality perfumes such as eau de cologne, candles, incense sachets, potpourri, wands, pillows, flower bundles, dried arrangements, wall hangings, wreaths and many more. Lavender is also used as a detergent and cleaning agent. The aromatic leaves and flowers are used in potpourri and as an insect repellent in linen closets.

The flowering stems, once the flowers have been removed for use in potpourri, can be tied in small bundles and burnt as incense sticks. It is also used in bath products such as soap, shampoo, bath oil, lotion, bath salt. The fresh leaves repel mice. Lavender, in combination with rosemary essential oil, is used as an organic pesticide.

Food grade lavender oil is used for a variety of food flavorings such as lavender jelly, cookies, ice cream, culinary herb blends, lavender tea, honey and salt. The essential oil is used in aromatherapy. The leaves are also added to bath water for fragrance and their therapeutic properties. Remember, essential oils can be harmful if swallowed and should be kept out of children’s reach.

Lavender is a frequently-used household herbal remedy. It is not often used internally, though it is a useful carminative and nervine. It is mainly used externally when rubbed into the temples, and it can cure a nervous headache. Its powerful antiseptic properties are able to kill many of the frequent bacteria such as streptococcus, and pneumococcus, as well as being a powerful antidote to some snake venoms. It is very useful in the treatment of sunburn, blisters, bug bites and to soothe tired feet.


Directions
In a small saucepan add all ingredients carefully heat the oil up to body temperature or approximately 98 degrees Fahrenheit; if you accidentally allow the oil to get too hot, let it cool to the proper temperature. Caution, do not overheat mixture or you will cause severe burns, only use mixture lukewarm which is 98 degrees F or 36 degrees Celsius.

Did you know?
Because there are such various types of lavender, some will grow well in different climatic zones from cold to subtropical throughout Africa.