How to Make African Food

How to eat Fufu
Foufou is a staple food common in many countries in Africa. How do you eat Fufu? Simply tear off a small piece of foufou hold it with your fingers making a slight indentation to scoop up a small portion of food. 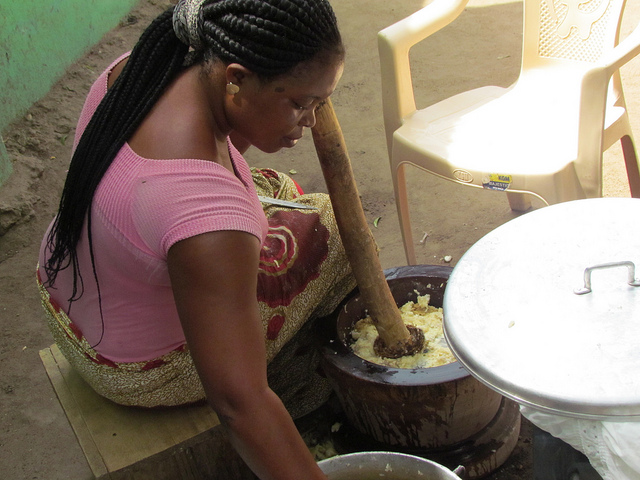 
How to make African food, plantains are used for cooking at any stage of ripeness; green, partially yellow ripe, yellow ripe and brown yellow overripe. 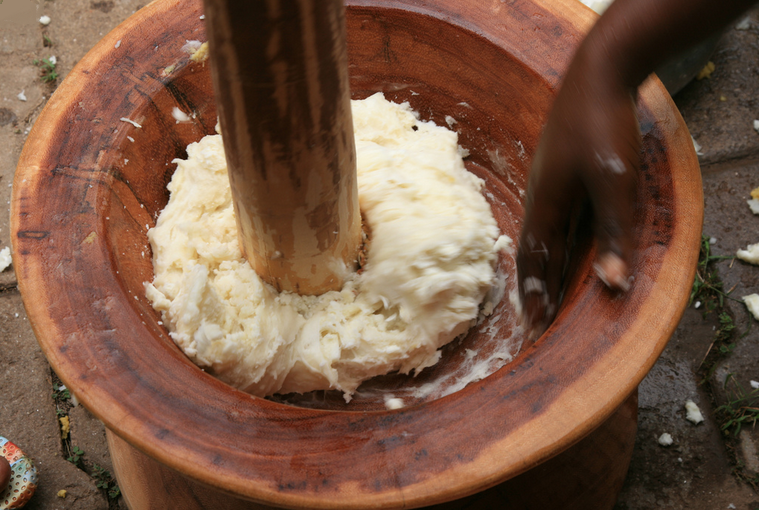 Directions
In a large pot place the peeled and evenly cut plantains and cassava and cover with water.  Boil until soft about 20 minutes. Place the salt, flour, plantains and cassava in a mixer and knead until the consistency of soft dough is achieved. Foufou should be much stiffer than mashed potatoes in texture.

Did you know?
Foufou goes by many names, Fufu, Foofoo, and Fufuo; whatever the name foufou is a thick, dough-like West African food made by boiling and pounding a starchy vegetable such as yam, plantain, or cassava. 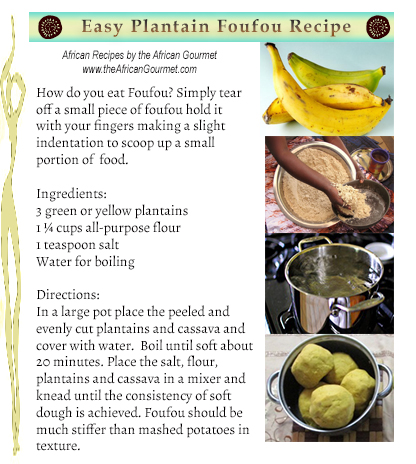