Thirty Malawi Facts to Talk About 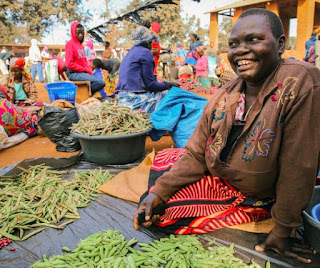 Thirty Malawi facts to talk about that will make you sound smarter.

In the year 1480, Bantu tribes unite several smaller political states to form the Maravi Confederacy that at its height includes large parts of present-day Zambia and Mozambique plus the modern state of Malawi.

In 1891, present day Malawi was sectioned off and became the British protectorate of Nyasaland.

Malawi celebrates independence day on July 6, 1964 from the British.

Malawi is named for the East African Maravi kingdom of the 16th century; the word maravi means fire flames.

Christian population of Malawi is around 83%.

Malawi ranks among the world's most densely populated and least developed countries.

Malawi is one of the world's poorest countries with a GDP of around $230.

In 2015, about half of Malawi’s 29 districts were hit by floods, destroying agricultural livelihoods, leaving more than 1,150,000 people affected and 336,000 displaced.

English and Chichewa are both the official languages of Malawi.

Malawi is one of the world's hardest hit by HIV-Aids and home to more than one million children orphaned by the disease.

Lilongwe is the largest and capital city of Malawi named after the Lilongwe River.

Zomba was the capital of Nyasaland before the establishment of Malawi in 1964.

Malawi is the 38th largest country in Africa.

Malawi is 100th largest country in the world.

Malawi is landlocked and has no coastline.

Malawi is surrounded by Mozambique, Zambia, and Tanzania.

Lake Nyasa, some 580 km long, is the country's most prominent physical feature; it contains more fish species than any other lake on earth.

Lowest point is the junction of the Shire River.

Malawi's economy is predominately agricultural with about 80% of the population living in rural areas.

Malawi's flag is three equal horizontal bands of black (top), red, and green with a radiant, rising, red sun centered on the black band; black represents the native peoples, red the bloodshed in their struggle for freedom, and green the color of nature; the rising sun represents the hope of freedom for the continent of Africa.

Malawi's economy is predominately agricultural with about 80% of the population living in rural areas.

Currency of Malawi is the kwacha.

Agriculture accounts for about one-third of GDP and 90% of export revenues.

Tobacco accounts for more than half of Malawi’s exports.

Malawi’s national symbol is a lion.