What were the first areas to be settled in Tanzania

The first areas to be settled in Tanzania Mara region were naturally those along the shoreline of Lake Victoria where gold, food and water are plentiful. 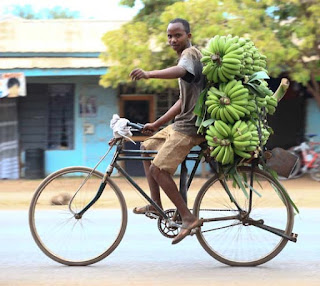 Mara is one of Tanzania Mainland’s northernmost regions filled with gold. The Mara region is estimated to have nearly 2 million as of 2016. The population density is 61 people per kilometer or .6 miles.


The United Republic of Tanzania was formed by the union, in 1964, of the newly independent state of Tanganyika and the islands of Zanzibar and Pemba-is the largest country in East Africa and the second-largest producer of cattle in all of Africa, after Ethiopia.

A German possession from 1891 to 1918, during which time it was known as German East Africa, Tanganyika was administered as a mandated territory by Great Britain-first under the League of Nations, and then, from 1945 onward, the United Nations Trusteeship Council, which replaced it-from 1918 until the achievement of independence by Tanganyika in 1961.

Two years later, the Indian Ocean island of Zanzibar also achieved independence from Britain, and Tanganyika merged with Zanzibar and Pemba to form the United Republic of Tanzania in 1964.  Mara Region has a large area of about 30,150 square miles.

Mara region borders the Republic of Uganda and Kenya in the north, Arusha region to the east, Shinyanga region in the south, Mwanza region in the southwest and Kagera in the west over the waters of Lake Victoria. Out of the area, 10,942 square meters is a water area equivalent to 36 percent and 19,208 Kilometers equivalent to 64 percent is a dry area of ​​the country.

In the dry area of ​​the country, 7,258 square miles are located in wildlife reserves, including the National Park Serengeti, Ikorongo Reservoir and Grants and Social Parks Grateti and Ikorongo. Removing the Region area remains 11,950 square kilometers for agriculture, livestock, and housing. The region is in line with the Kenyan State in the North, Kagera Region in the Western, Mwanza and Simiyu Region in the south and the Arusha Region in the East.

Mara Region's name is derived from the Mara River, which originated in neighboring Kenya areas and streamed its waters through Serengeti, Tarime, Rural District to Lake Victoria. The Mara River, which flows into Lake Victoria, is the boundary between Tarime and Serengeti districts, and the Ngoreme, who live in Serengeti District, wade across to search for gold on the Nyamongo side.

To earn cash income by engaging in small-scale, low-technology gold mining in any one of the half-dozen ore-rich mining areas close by. The British-operated Mara Mine, where Kuria miners began working for wages in the early 1930s, is defunct now; it is crumbling stone buildings, which once housed miners.

Part of the Lake Victoria Goldfield, the North Mara Gold Mine, opened in 2002, is a Gokona underground and Nyabirama open-pit gold mine in the Tarime District of the Mara Region of Tanzania. It is located near the Kenyan Border, 200 km NE of Mwanza and is one of three gold mines Acacia Mining operates in Tanzania.

The North Mara gold deposits are situated in the Mara Musoma greenstone belt. There are several types of gold mineralization including shear-zone-related quartz vein and disseminated gold.

Acacia, and its predecessor companies, including African Barrick Gold, Barrick Gold, Placer Dome, Pangea Minerals and Afrika Mashariki have been operating in Tanzania for nearly 20 years with three gold-producing mines, Bulyanhulu, Buzwagi and North Mara, all located in the north-west region of the country.

Since the gold and copper concentrate export ban was imposed on March 3, 2017, Acacia announced the decision to reduce operational activity at Bulyanhulu Gold Mine on September 4, 2017. Talks between Barrick Gold Corporation and Tanzanian Government is still ongoing. As a result, Bulyanhulu mine production was solely from the tailings retreatment facility at a rate of around 35,000 ounces a year.

In 1947, however, North Mara was declared a separate district, and, in 1973, the name North Mara was changed to Tarime District. Geographically, the district divides readily into three distinct zones, the Tarime highlands, or uplands; the plateau, or midlands; and the Mara River valley, or lowlands.

What do Waist Beads Symbolize in Africa?

About African Healers and Witchdoctors