These 31 Burkina Faso Facts Are Worth Remembering 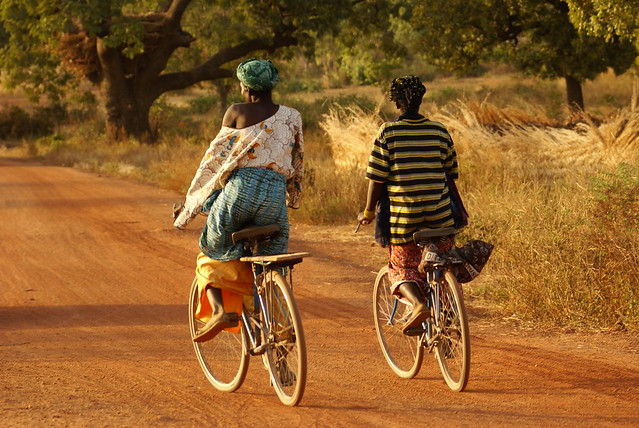 These 31 Burkina Faso Facts Are Worth Remembering

If you want to become smarter about Burkina Faso in Africa, you have to create a healthy memory mindset. We tend to think that learning is a matter of putting new facts into our memory banks but really when we work hard to understand information, we recall it better; the extra effort signals the brain that this knowledge is worth keeping. Below are 31 facts about Burkina Faso worth keeping in your memory banks.

3. Burkina Faso name translates as "Land of the honest men"

5. Burkina Faso is a landlocked savanna.

6. Burkina Faso is located in Western Africa, north of Ghana.

7. Burkina Faso is the 75th largest country in the world by area; the United States is 36 times bigger than Burkina Faso.

8. Burkina Faso has three main rivers the Mouhoun or Black Volta, the Nazinon or Red Volta and the Nakambé or White Volta.

9. The longest river in Burkina Faso is the Mouhoun or Black Volta River 1,352 kilometers/840 miles.

12. About 80% of the population of Burkina Faso is engaged in subsistence farming and cotton is the main cash crop.

13. Population with electricity in Burkina Faso is 56% in urban areas and 1% in rural areas.

15. French is the official language of Burkina Faso however; native African languages belonging to Sudanic family are spoken by 90% of the population. 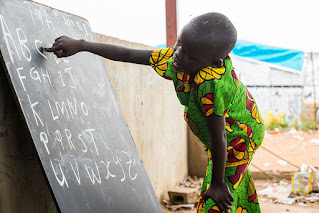 20. Capital name of Burkina Faso is Ouagadougou. Apart from the capital city of Ouagadougou, the major towns in Burkina Faso are Bobo Dioulasso, Koudougou, Banfora, Ouahigouya, Pouytenga, and Kaya.

23. Burkina Faso flag has two equal horizontal bands of red (top) and green with a yellow five-pointed star in the center; red recalls the country's struggle for independence, green is for hope and abundance and yellow represent the country's mineral wealth.

24. The national symbol of Burkina Faso is a white stallion.

25. National colors of Burkina Faso are the Pan-African colors of red, yellow, and green.

26. The national anthem of Burkina Faso is"Le Ditanye or Anthem of Victory.

27.  Lyrics and music of the national anthem are by former president Thomas Sankara adopted 1974 an avid guitar player and was also known as Africa's Che Guevara.

28. In 1990, Blaise Compaore, who assumed power when he ousted and killed Thomas Sankara in 1987, introduces limited democratic reforms.

Burkina Faso, a landlocked nation in West Africa, is one of the poorest countries in the world. It shares a northern border with Mali, which has long battled armed groups.

Burkina Faso has suffered from increasingly frequent and deadly attacks attributed to a number of armed groups - including the Ansarul Islam group, the Group to Support Islam and Muslims (GSIM), and the Islamic State of Iraq and the Levant (ISIL or ISIS) in the Greater Sahara.

A January 2016, three attackers at another cafe left 30 people dead. The three attackers in the 2016 massacre were of foreign origin, according to al-Qaeda in the Islamic Maghreb, which claimed responsibility in the aftermath along with the armed group known as Al Mourabitoun. But the terror threat in Burkina Faso is increasingly homegrown, experts say.

The northern border region is now the home of a local preacher, Ibrahim Malam Dicko, who radicalized and has claimed recent deadly attacks against troops and civilians. His association, Ansarul Islam, is now considered a terrorist group by Burkina Faso's government.

In August 2017 an assault on the terrace of the Turkish Aziz Istanbul restaurant in the center of the West Africa Burkina Faso the capital city of Ouagadougou two young males on a motorcycle, armed with AK-47 assault rifles.

They attacked citizens from Burkina Faso, Kuwait, Canada, Libya, Senegal, Nigeria, and Turkey. Five defense and security personnel were among 22 people wounded during the incident, she said, with 40 people eventually freed.

In May 2019, around 9am armed attackers burst into a Catholic church in Dablo Burkina Faso during Sunday prayers, killing a priest and five worshippers. The attackers numbering between 20 and 30 trap some of the people inside then set fire to the church.

Several shops neighboring the church were also torched before the attackers headed to the local health center, which they looted and then torched cars in the parking lot.