What do the hieroglyphics symbols mean and how to write using the Egyptian Hieroglyphic Alphabet. 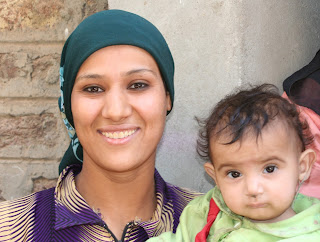 
What are Egyptian Hieroglyphics?

Egyptian Hieroglyphics are characters in which symbols represent objects and ideas. Hieroglyphics can be pictures of living creatures such as an owl, objects used in daily life such as a basket or symbols such as lasso.

Most of the pictures stand for the object they represent, but usually, they stand for sounds. You cannot exactly match the American English alphabet to hieroglyphics, because they are two very different languages, but historians have come up with a simplified translation of our letters and Egyptian hieroglyphs. 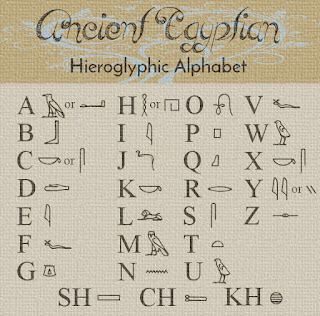 What do the hieroglyphics symbols mean?

A an Egyptian vulture
B a foot
C a basket with handle
D a hand
E a reed
F a horned viper, an Egyptian snake
G a jar-stand
H a reed shelter
I a reed
J a cobra
K the basket with the handle
L a lion
M an owl
N a zigzag symbol for water
O a lasso
P a square stool
Q a symbol for the slope of a hill
R a mouth
S a piece of linen folded over
T a bun
U a quail chick
V a horned viper
W a quail chick
X a basket and folded linen
Y two reeds
Z a door bolt
CH a hobble
KH a ball of string
SH the rectangle which is the symbol for land