Nearly 5,000 years before Christ was born, Proto-writing was well-established form of written expression in North and West Africa.

The dominance of European languages through colonialism has led to the mistaken belief that the written languages in Africa did not exist before the arrival of Europeans. However, Africa has the world’s oldest and largest collection of ancient Symbolic and Writing Systems.

Here are five African symbolic and writing systems you should know about to dispel the myth that Africans were illiterate people before European colonialism.

Dated 5000BC - 3000 BC
Before the Egyptian and Sumerian civilizations, there were inscriptions labeled proto-Saharan. Nearly 5,000 years before Christ was born, Proto-writing was well-established form of written expression near the near the Kharga Oasis in the Libyan Desert of Africa. Proto-writing is symbolic communication which the reader understands the symbol as a written expression.

Proto-Sinaitic, also known as Proto-Canaanite, was the first consonantal alphabet. In 1999, Yale University archaeologists identified an alphabetic script in Wadi El-Hol, a narrow valley in southern Egypt. Dating to about 1900 B.C., the Wadi El-Hol script bears resemblance to the Egyptian hieroglyphs, but also the much older writing system. A similar inscription that dates to 1500 B.C. was found in Serabit el-Khadim on Egypt’s segment of the Sinai Peninsula.

Tifinagh is the Berber name for the ancient Libyan Alphabet. Tifinagh is the traditional writing system of the Tuareg people, who are scattered throughout different countries of northern Africa. The name Tifinagh maybe means the Phoenician letters, or perhaps, from the phrase tifin negh, which means 'our invention.

Nsibidi comprises nearly a thousand symbols. Nsibidi is an ancient system of graphic communication indigenous to the Ejagham peoples of southeastern Nigeria and southwestern Cameroon in the Cross River region. It is also used by neighboring Ibibio, Efik and Igbo peoples. Aesthetically compelling and encoded, nsibidi does not correspond to any one spoken language. It is an ideographic script whose symbols refer to abstract concepts, actions or things and whose use facilitates communication among peoples speaking different languages. 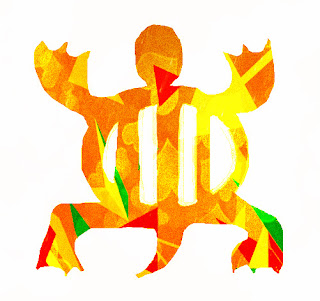 Did you know?
Proto-writing is different from True writing. True writing is information of verbal sound sets that the reader must structure the exact sound written down in order to understand the meaning. In True writing systems, a person must understand something of the spoken language to comprehend the text.