Ghanaian proverb do not beat a drum with an axe teaches us to understand our words and actions. Our words can make beautiful music in a person’s life or cause devastation and destruction.


Words hurt, do not beat a drum with an axe

Watch what you say, you may not realize sharp, hurtful words create lasting damage while positive words inspire us to be hopeful and kind. 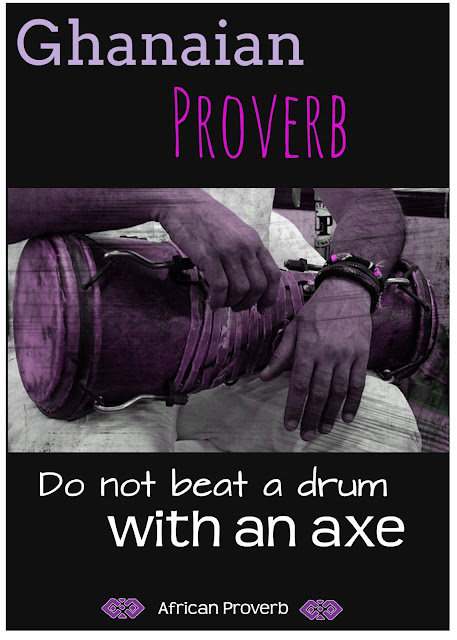 Words do hurt. Ridicule, distain, humiliation, taunting, all-cause injury, and when it is delivered in childhood from a child's peers, verbal abuse causes more than emotional trauma. It inflicts lasting physical effects on brain structure.

When that environment is hostile or socially unhealthy, development of the brain is affected, and often it is impaired. The environment that children are raised in molds not only their mind but also their brain.

This is something many long suspected, but now we have scientific instruments that show us how dramatically childhood experience alters the physical structure of the brain, and how sensitive we are as children to these environmental effects. Words, verbal harassment from peers and parents can cause far more than emotional harm.

Do not beat a drum with an axe|Ghanaian Proverb