Occasionally we all are taken for granted. Igbo African proverbs teaching not to take family, kindness and love for granted. 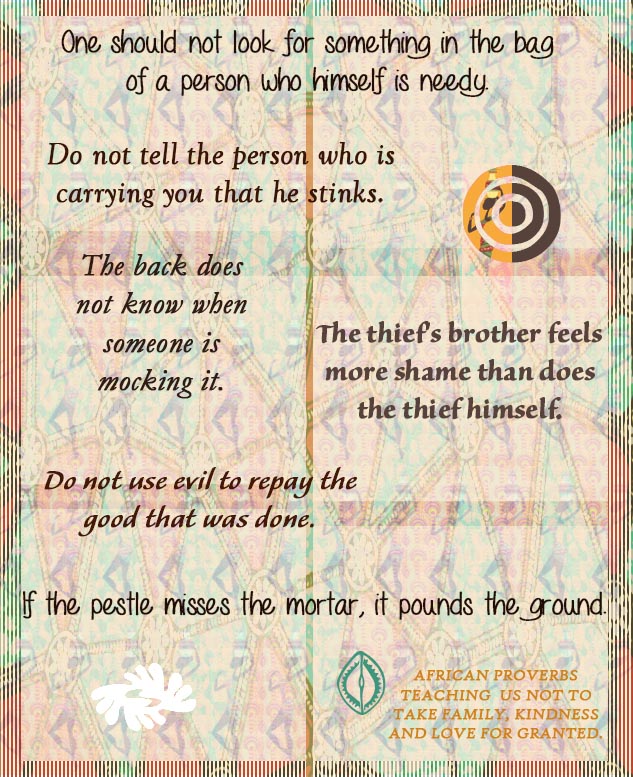 "The bird with a long beak still cannot peck out anything on its own head." Igbo proverb meaning everybody needs somebody but if you take love, family and kindness for granted, you won't have anybody.