Lessons from Nature African Proverbs and Folklores
Different cultures have different ways of communicating, some of by dance, music, visual art, and dramatic arts. Much of the language and thought of the world, especially Africa is expressed in African proverbs and folklore.


You do not kill a honey bird.
Meaning ~ Do not reject or despise a person who is helping you.

You should cross a stream before the floods come.
Meaning ~ Start solving a problem before it gets worse.

Days always change.
Meaning ~ Life cannot be consistent. There are difficulties in life.

A sparrow is never small around its eggs.
Meaning ~ Sparrows are small birds but when it wants to protect its eggs, it becomes enraged.

A hyena never forgets where he ate a bone.
Meaning ~ People normally seek help from someone who assisted them in the past.

The Shining One Lesson to Nature

The sky used to be very close to the earth, and of course, the earth had no sunshine. Trees did not grow, flowers did not blossom, and water was not clear and bright. The earth did not know that there was any other way of living, and so she did not complain.

By and by, the sky and the earth had a son who was called the Shining One. When he was small, he had a dream, and he told it to the earth.

"Mother Earth," he said, "I had a dream, and it was that the sky was far up above us. There was a bright light, and it made you more radiant than I ever saw you. What could the light have been?"

"I do not know, my Shining One," she answered, "for there is nothing but the earth and the sky."

After a long, long time, the Shining One was fully-grown. Then he said to the sky, "Father Sky, will you not go higher up, that there may be light and warmth on the earth?"

"There is no 'higher up,'" declared the sky. "There is only just here."

Then the Shining One raised the sky until he rested on the mountain peaks.

"In my dreams you were still higher up," replied his son, and he raised the sky still higher.

"Oh! oh!" complained the sky, "I can hardly see the peaks of the mountains."

"You were far above the mountains in my dream," replied his son.

Then when the sky was raised far above the earth and no longer touched even the peaks of the mountains, a great change came over the earth.

She, too, had thought her son cruel, and she had said, "Shining One, it was only a dream. Why should you change the sky and the earth? Why not let them stay as they were before you had the dream?"

"O Mother Earth," he said, "I wish you could see the radiant change in yourself. The air is full of light, warmth, and fragrance. You yourself are more beautiful than you were even in my dream.

Only a little while after the earth was made, the trees and plants came to live on it. They were happy and contented. The lily was glad because her flowers were white. The rose was glad because her flowers were red. The violet was happy because however shyly she might hide away, someone would come to look for her and praise her fragrance. The daisy was happiest of all because every child in the world loved her.

The trees and plants chose homes for themselves. The oak said, "I will live in the broad fields and by the roads, and travelers may sit in my shadow." "I shall be contented on the waters of the pond," said the water lily. "And I am contented in the sunny fields," said the daisy. "My fragrance shall rise from beside some mossy stone," said the violet. Each plant chose its home where it would be most happy and contented.

Earth's son said "Listen mother and hear the song of the birds. See the flowers blossoming in every field, and even covering the rough peaks of the mountains. Should you be glad if I had let all things stay as they were? Was I unkind to make you so much more lovely than you were?"

Before the earth could answer, the sky began to complain. "You have spread over the earth a new cloak of green, and of course she is beautiful with all her flowers and birds, but here am I, raised far above the mountain peaks. I have no cloak, nor have I flowers and birds. Son, give me a cloak."

"That will I do, and most gladly," replied the Shining One, and he spread a soft cloak of dark blue over the sky, and in it many a star sparkled and twinkled.

"That is very well in the night," said the heavens, "but it is not good in the daytime, it is too gloomy. Give me another cloak for the day." Then the Shining One spread a light blue cloak over the sky for the daytime, and at last the sky was as beautiful as the earth.

"I, too, will send a message," thought the earth, "and the clouds shall carry it for me." That is why there is often a light cloud rising from the earth in the morning. It is carrying a good-morning message from the beautiful earth to the sky. 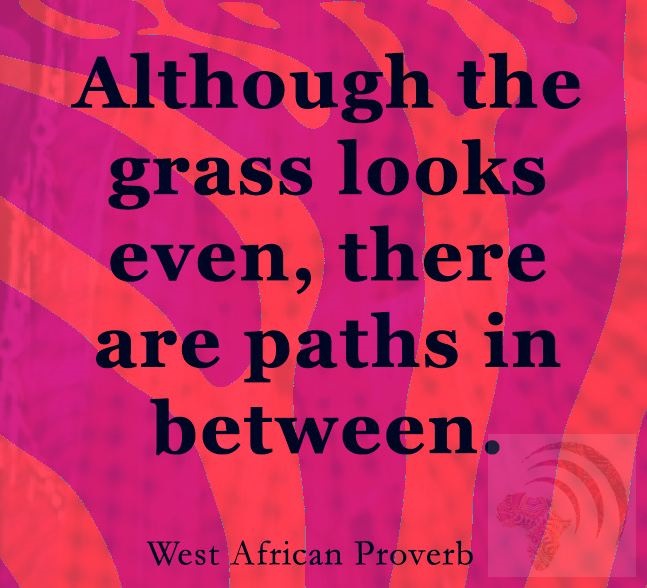