In 1500 B.C. Africans were processing grain using a hand threshing, winnowing, and milling not much changed in 3.5 thousand years of agriculture.

Pounding grain requires great skill and stamina an farming crops such as yam, sorghum, millet, and teff have been ground in Africa for centuries. Agricultural productivity of these major crops in Africa is rising but still lags behind much of the world.

What are threshing, winnowing, and milling?

Examine over 3.5 thousand years of farming tools and growing methods in Africa.

Threshing.
Threshing is hitting the stems and husks of grain or cereal plants to separate the grains or seeds from the straw.

Winnowing.
Wind winnowing or screening is a method used for separating grain from the chaff.

Pounding or milling.
Pounding or milling grain requires great skill and stamina, the goal is not to produce very fine flour but rather to mill the grain to a point of coarseness that is acceptable to the cook. Milling, pounding, and grinding is used interchangeably to describe the process of taking grain and decreasing it down to smaller sizes.

Pounding grain is often a necessary communal activity and many hours are spent each day milling grain by hand. Pounding grain is therefore still a common sight and sound in many areas of Africa. Mortar and pestle grinding methods are still in common use throughout Africa today. However, mills are very important machines for many urban communities in Africa as they eliminate much tedium and time-consuming labor.

Many people still cannot afford to pay for store-bought flour or industrial grain milling and they grind by hand using traditional techniques such as a mortar and pestle. Conservative wisdom considers that Africa is not modern and Sub-Saharan African farmers use few modern inputs such as improved seeds, fertilizers, and other agro-chemicals, machinery, and irrigation. But what is modern farming?

Modern farming according to the World Bank is the use of inorganic fertilizer, use of agro-chemicals, irrigated and not solely relying on rain, use of improved seeds, tractor ownership, and use formal or informal credit to purchase modern equipment.

Small farmers produce much of the developing world's food but they are generally much poorer than the rest of the population in these countries and are less food secure. Furthermore, although rapid urbanization is taking place in many African countries, farming populations in 2030 will not be much smaller than they are today.
For the near future, therefore, dealing with poverty and hunger in much of the world means confronting the problems that small farmers and their families face in their daily struggle for survival. As farming alone often cannot sustain rural families, the off-farm economy is an increasingly important source of household income.

Women, on average, comprise 43% of the agricultural labor force in developing countries and account for an estimated two-thirds of the world's 600 million poor livestock keepers. Women are the backbone of the rural economy, especially in the developing world.
Yet they receive only a fraction of the land, credit, inputs such as improved seeds and fertilizers, agricultural training and information compared to men. Rural women in Africa typically work longer hours than men do, when one takes into account both paid productive and unpaid reproductive or domestic and care responsibilities. When these tasks are taken into account, women's total work hours are longer than men’s are.

The widespread incidence of microbiological, chemical or other food safety hazards in food also continues to be a serious issue for the food system. Improving access to safe and nutritious food is fundamental to ensuring the prospects of future generations. Children who are properly nourished during the first 1,000 days of their lives are 33% more likely to escape poverty as adults. 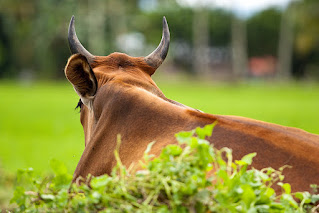 But, currently, 151 million children under the age of 5 have experienced chronic malnutrition. The children and poor people endure most of this burden. Unsafe food not only represents a serious public health concern but it also negatively affects the incomes of farmers, the livelihoods of food vendors and the continuity of business and trade.

A growing global population and changing diets are driving up the demand for food. Production is struggling to keep up as crop yields level off in many parts of the world, ocean health declines, and natural resources including soils, water, and biodiversity are stretched dangerously thin.
The absolute number of undernourished people has increased to nearly 784 million in 2015. The food security challenge will only become more difficult, as the world will need to produce about 70 percent more food by 2050 to feed an estimated 9 billion people.

The challenge is intensified by agriculture’s extreme vulnerability to climate change. Climate change’s negative impacts are already being felt, in the form of reduced yields and more frequent extreme weather events, affecting crops and livestock alike. Substantial investments in adaptation will be required to maintain current yields and to achieve the required production increases.

Agriculture is also a major part of the climate problem. It currently generates 19–29% of total GHG emissions. Without action, that percentage could rise substantially as other sectors reduce their emissions. Agriculture in Africa is mainly rain-fed and based on subsistence farming; challenging the sustainability and food security of farmers, and making the sector highly vulnerable to weather variability; climate hazards particularly droughts and climate change.

1. Increased productivity: Produce more food to improve food and nutrition security and boost the incomes of 75 percent of the world’s poor that live in rural areas and mainly rely on agriculture for their livelihoods.

2. Enhanced resilience: Reduce vulnerability to drought, pests, disease, and other shocks; and improve capacity to adapt and grow in the face of longer-term stresses like shortened seasons and erratic weather patterns.

3. Reduced emissions: Pursue lower emissions for each calorie or kilo of food produced, avoid deforestation from agriculture and identify ways to suck carbon out of the atmosphere.

Crop diversification, small-scale irrigation, permanent planting basins, green manuring, conservation agriculture rotations, and agro-forestry are among the most common climate-smart practices being promoted in Africa to improve productivity, food availability and resilience to climate hazards. The underdevelopment of the agricultural sector has been identified in many African countries, among other major bottlenecks constraining development.

The reasons why Agriculture in Africa changed little in 3,515 years is partly a result of poor agricultural technology development. For instance, despite soil fertility is a key ingredient for improved agricultural production, the national fertilizer application rate, the use of improved seeds, and agro-chemicals creates the challenge of poorly functioning pest, vector and disease control is a major cause of losses in the agriculture sector.

Many African farmers lose crops due to disease and pest infestations. This inability to control endemic disease outbreaks means that Africans fail to meet international trade standards and so loses many market opportunities. Given the heavy dependence on agriculture, the effects of unchanging African agriculture could clearly put millions of people at greater risk of poverty and hunger.

Agriculture forms a significant portion of the economies of all African countries. Agriculture employs 65 percent of Africa’s labor force and accounts for 32 percent of the gross domestic product.

Africa has enormous potential, not only to feed itself and eliminate hunger and food insecurity but also to be a major player in global food markets.

2014 was the Year of Agriculture in Africa. More than half of all people living in Africa depend on agriculture for all or part of their livelihood. More so than in other continents, Africa is dominated by family farming, which relies mainly on family labor.